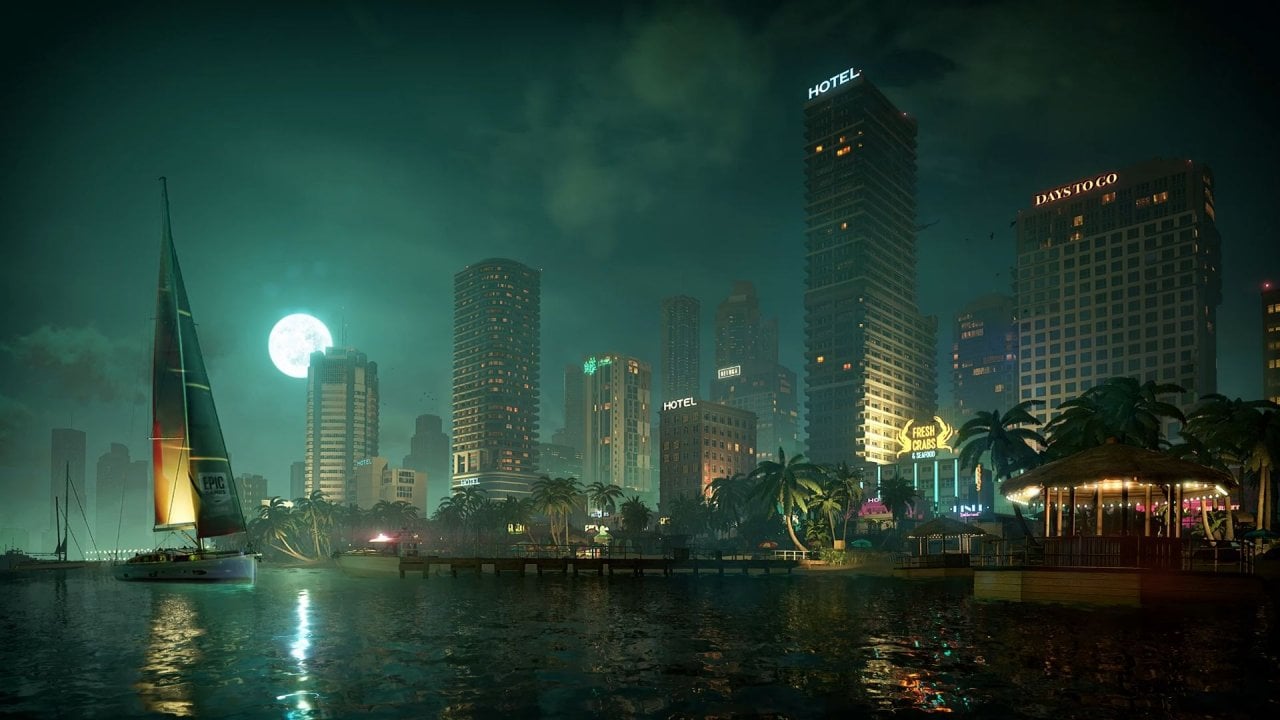 505 Games ed Epic Games apparently they joined forces for a new gamewhich will be announced during i The Game Awards 2022 next week. A teaser site of the project, called “Visit Rockay City”, was also opened.

A few hours ago, 505 Games published a post on Twitter, which emulates a sort of email addressed to Geoff Keighley, the host of The Game Awards, in which he is warned that his “number one fan” has left him something in reception. As we can see in the attached video, starring the actor Michael Madsen (Reservoir Dogs and Kill Bill), the object in question is a wallet, inside which there is also a QR Code, which refers to the aforementioned teaser site.

The portal, which you can reach at this address, shows a video inside that continues in a loop, immortalizing a city at night. The 505 Games logo is clearly visible at the top left, while that of Epic Games is positioned on the sail of a boat on the left. On the skyscrapers, on the other hand, there is a countdown, which refers precisely to The Game Awards 2022. From here it is also possible to register with your email address, to receive updates on the project.

At the moment it is practically impossible to understand the nature of the game of 505 Games and Epic Games. According to some speculation on the net it could be a new Sleeping Dogs. Interesting theory, but unlikely, given that neither 505 Games nor Epic Games own the rights to the IP, which as far as we know are still owned by Square Enix.

In any case, to find out what it is we will have to wait just a few days: The Game Awards 2022 will be broadcast at 01:30 Italian on Friday 9 December 2022. Square Enix’s Naoki Yoshida will also take the stage for a “very special” presentation of Final Fantasy 16.

Here comes Fuck Hitler, the free PC game that allows you to let off steam on the dictator

What happened to Indiana Jones of Bethesda and MachineGames?