The recording of a live stream that took place today shows plenty of gameplay for the upcoming fantasy role-playing game. In addition, the developers answered the question of what playing time to expect. 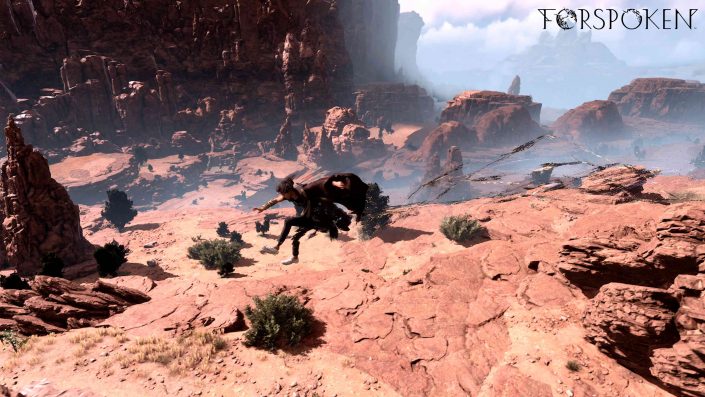 Among other things, you can see the fast travel function in action. Thanks to the powerful SSD of the PlayStation 5, there is no waiting time at all. So you get straight to the desired location. In addition, the game offers a three-dimensional world map.

Later we learn that there are over 100 spells in four categories. A few Final Fantasy XV developers were also involved in the role-playing elements. Furthermore, the magic parkour should be easy to use. In this way, the publisher wants to appeal to as broad a target group as possible.

During the stream, the three developers answered several questions from the community. One of them was how long players will be engaged in the main story. You appreciate that playing time around 30 hours amounts to. However, as is usual with open-world games, there is a lot of optional content in areas that play no part in the storyline. This can add many more hours of play.

Forspoken will be released on January 24, 2023 for PS5 and PC. It’s the first blockbuster title of the new year.