In our graphics card buyer’s guide, we want to take a look at the current market so you know which graphics card ranges currently offer the best performance for their price. We also look at the price development over the last 12 months. It was only at the beginning of 2022 that the graphics card crisis, which had begun in autumn 2020 when graphics card prices began to rise massively, began to ease. This also had something to do with the corona pandemic – we will explain the exact reasons later.

For some basics, including the question of what reference and custom models are and what we mean by graphics card series or series, we recommend our purchase advice from November 4th, which also covers other basics such as the length of graphics cards and the cooling goes on. But first we want to start with a look at AMD’s and Nvidia’s latest graphics cards – because Nvidia has already released the GeForce RTX 4080 and 4090, AMD will have the Radeon RX 7950 TX and 7900 XT in just under two weeks and will be the new RDNA3 architecture herald

But it gets even worse for Nvidia: The RTX 3090 is overpriced compared to AMD’s comparably strong top models Radeon RX 6900 XT and 6950 XT. You can currently get AMD’s bolides from 800 or 850 euros – the RTX 3090, which is not or hardly faster, costs 1150 euros, as previously discussed. The RTX 4090, on the other hand, costs more than 2.5 times as much as an AMD Radeon RX 6900 XT, but then performs up to 80 percent more, but this is of course far too little compared to the surcharge. 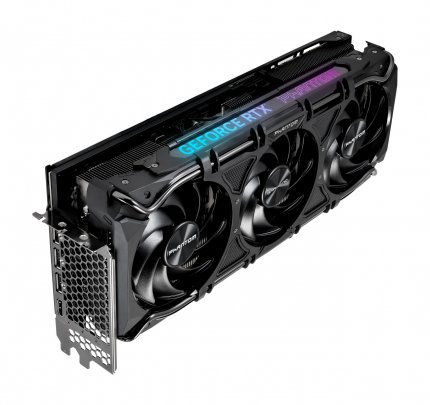 Thus, the GeForce RTX 4080 is no longer a good buy either, because the surcharge to the Radeon RX 6900 XT and 6950 XT is over 85 percent with a performance increase of only about 30 percent. But Nvidia can perhaps still score with DLSS3, so that at least the GeForce RTX 4080 can still be a small recommendation for gamers with a big purse? We’ll get into that later when we talk about DLSS and AMD’s alternative FSR.

But let’s not forget AMD’s upcoming RDNA3 generation. AMD will release the Radeon RX 7900 XT and RX 7950 XT on December 13th. Both are probably positioned against the Nvidia GeForce RTX 4080 – the 4090 seems to be too far away. However, AMD should primarily try to attract customers with a good price.

The current top models are already better than Nvidia’s GeForce RTX 4080 in terms of price-performance ratio – it would be surprising if the first two 7000 models weren’t also a good choice in terms of price. So if you are looking for a graphics card above an AMD Radeon RX 6800 or 6900 or Nvidia GeForce RTX 3080 or 3090, you should wait for the release of RDNA3. Of course we will also publish a special about it.

Guardians of the Galaxy Vol. 3 First Trailer - Get a first impression