Although interest in NFTs has fallen noticeably lately, and non-fungible tokens have turned from a profitable investment into a risky technology for investing money, many companies are still relying on new solutions to promote their products. Intel has teamed up with American marketplace NTWRK and artist Raheem “King” Saladeen to release and sell NFTs dedicated to the Evo laptop platform. 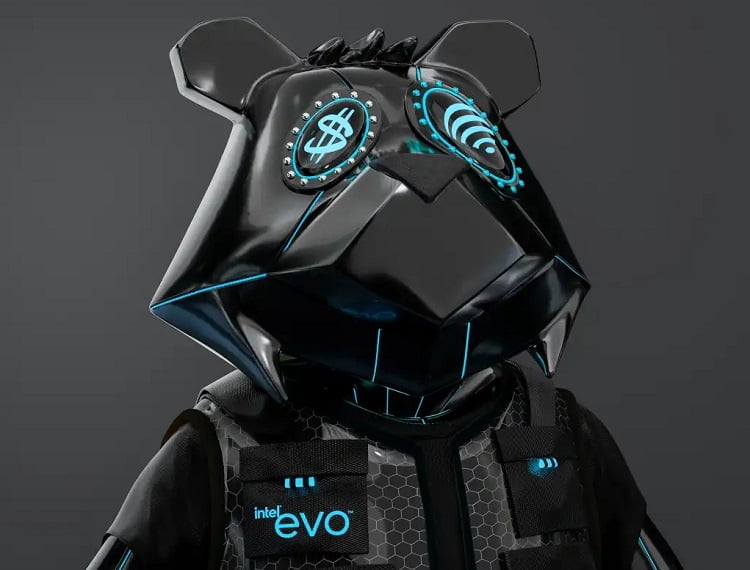 It is noteworthy that the NTWRK marketplace is rather little known in the world, and Saladin is also not the most famous artist. However, according to reports, he has already collaborated with many popular brands, including, for example, Nike and Mercedes-Benz, or, for example, Philadelphia International Airport, where he decorated the walls with a semblance of graffiti.

According to a press release sent to PC World’s email, each NFT features Saladin’s iconic bear image, with a Wi-Fi icon in one eye “representing lightning-fast Internet speeds on Evo laptops” and in the other the eye has a dollar sign.

Each token will reportedly be created exclusively with Intel Evo laptops. The created NFTs made their debut at the Galore x NTWRK Art Basel exhibition, held on December 1 in Miami. The exclusive NFT creations of the Intel Evo Money Bear are available for purchase through the NTWRK app if anyone is interested.

Judging by the data from Saladin’s biography, the future artist, who grew up in a “tough urban environment”, was first interested in basketball – since the entire artistic infrastructure was very far away. However, what he saw in his travels changed his worldview, after which he took up creativity, in his works the world of art merges with the world of the fashion industry, music and, now, technology.

For Wedbush, the acquisition of Activision Blizzard will go through within six months

Rigobert SONG: "We believe we can beat Brazil"

Emilien Jacquelin: “I’m happy with my performance in the Pursuit”

A PHOTO. Midfielder of the Moroccan national team suffered a terrible injury ahead of the 2022 World Cup