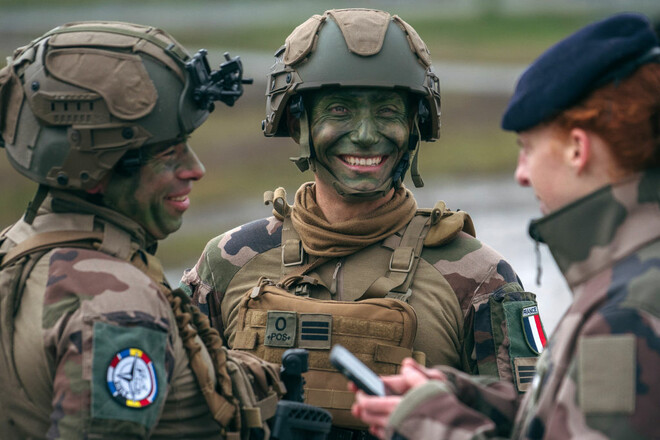 Belarusian President Alexander Lukashenko, according to analysts at the Institute for the Study of War (ISW), makes statements about the threat from NATO in order to emphasize the need for protection and avoid being drawn into the war in Ukraine.

According to the data collected by the institute’s experts, President of Belarus Alexander Lukashenko said that NATO is preparing to attack Belarus.

Lukashenka accused Ukraine and NATO of increasing the number of provocations near the Belarusian-Ukrainian border and said that Ukraine is trying to draw NATO forces into the war.

In addition, he said that the Belarusian authorities managed to keep a potential adversary from using military force against Belarus, and that NATO is building up forces and intensifying combat training in neighboring countries.

At the same time, Belarusian Defense Minister Viktor Khrenin said that there was no direct preparation for war, and that Belarus would only defend its territory.

According to the ISW findings, Lukashenka and Khrenin likely focused the information campaign on the fictitious NATO aggression and provocative activities along the Belarusian border in order to argue that the military of the Republic of Belarus should remain in Belarus to protect against potential NATO aggression, and thus create information conditions for confronting the Russian pressure to enter the war in Ukraine.

ISW continues to assess the entry of Belarus into the war of Russia against Ukraine as extremely unlikely.

Key findings of the Institute:

Lukashenka continued to create informational conditions to counter Russian pressure to enter the war against Ukraine. Russian troops continued to make efforts to defend against Ukrainian counter-offensive operations along the Svatovo-Kremennaya line. The invaders continued to gradually gain a foothold in the Bakhmut area and conduct offensive operations in the Avdeevka-Donetsk area. The invaders also continued to carry out defensive measures and the movement of personnel on the eastern bank of the Dnieper in the Kherson region. The movement of the Russian military in the Zaporozhye region may indicate that the invaders are unable to protect critical areas in the face of increased Ukrainian strikes. Russian troops keep reserves in Crimea to support defensive operations in the Zaporozhye region and on the eastern bank of the Dnieper. The Kremlin’s financial difficulties continue to fuel domestic unrest. Evidence is emerging of continued partial mobilization in the face of low morale and high desertion rates among the Russian forces. The financier of the Wagner group, Yevgeny Prigozhin, continued his attempts to strengthen the reputation of the PMC. Russian occupation officials continued their efforts to integrate the occupied territories into the Russian financial and legal space. The occupiers continued to exploit the Ukrainian civilian population and civilian infrastructure to support Russian military operations in Ukraine.

At first, I wanted to leave. Alves’ wife made an unexpected announcement

PHOTO. Another scandal around Vini? Trolling Brazilian from Mallorca players

A fully functioning Tyrant found in the files of Resident Evil 4 Ultimate HD, which can be activated in the game

The Witcher 3 Next-Gen Update: Hated armor from the Netflix series comes into play

Man arrested at airport for hiding knife inside his gaming laptop