What was already rumored yesterday has now been officially confirmed by Capcom: “Monster Hunter Rise” will also be released for PS4, PS5, Xbox One and Xbox Series X. We have compiled all known information for you. 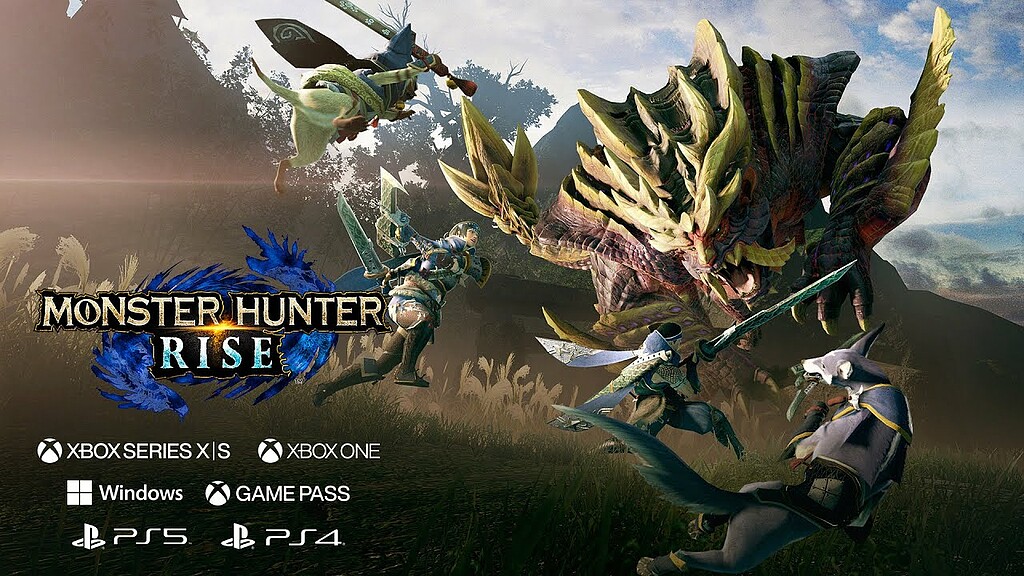 “Monster Hunter Rise” will also be released on January 20, 2023 for the Sony and Microsoft consoles. Technically, we can look forward to crisp 4K resolution and buttery smooth 60 frames per second. 3D audio is also available. The Sunbreak expansion will follow in spring.

To overcome the looming rampage, the hunters of Kamura must utilize the new Palamute hunting pets and rope beetle mechanics while engaging in the action-packed combat typical of the series. The Palamute companions “Canyne” support players on the hunt along with the popular “Felyne” Palicos. Not only can the Palamutes bring their considerable offensive abilities to any battle, but they can also carry hunters on their backs to pursue fleeing monsters and traverse the open maps. Rope Beetles, on the other hand, allow for nimble movement in all directions while hunting, and can be combined with any of the 14 weapon types to unleash unique “silk-binding” attacks. When monsters are damaged with these new attacks, they become vulnerable to the new “Wyvern Riding” technique, which allows the player to temporarily take control of a monster, resulting in spectacular combat sequences during the hunt.

When players aren’t exploring the five sprawling locations like the Sacred Ruins, the Tide Forest, or the Sandy Plains, they can take on hordes of giant hordes in a new type of quest introduced in Monster Hunter Rise called “Rampage.” fight monsters. In these quests, the hunters must work with the citizens of Kamura Village to prepare their defenses and protect the fort’s barricades from waves of invading monsters, including any powerful Apex monsters that may arrive during the siege. In addition to the new game mode, Monster Hunter Rise also introduces new “swap abilities” for each weapon as the hunters progress through the game. By swapping out these new abilities with existing Silkbinder or regular attacks, players can create new combos and strategies to fit their preferred playstyle.

“Monster Hunter Rise” also includes new features to improve hunting with others. Dynamic difficulty scaling for multiplayer automatically adjusts as new players enter or leave a main quest. The new “Hunter Connection” feature allows players to create tags with their goals and playstyle and to search for other players with the same tags or invite friends to the tags they have joined. After completing a quest in multiplayer mode, one or more likes can also be given to other players to increase the likelihood of finding yourself in matchmaking.

Palm emulator recalls what life was like before smartphones

Viva Magenta is Pantone's Color of the Year 2023

Yuriy VERNYDUB: “I told the guys that there is a chance to be the first in the UPL to beat Dnepr-1”