The Callisto Protocol was released today, so many publications have posted their reviews on it. Most of them rated this horror above average, so its score on Metacritic was 76 points out of 100 possible. 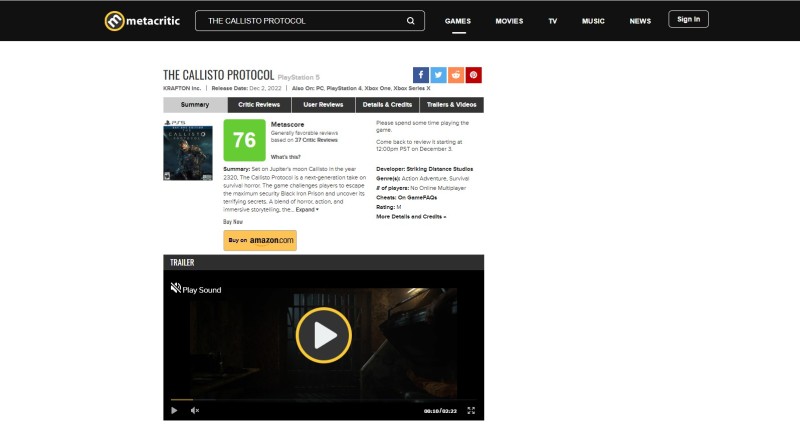 Reviewers note that the Striking Distance studio turned out to be a good spiritual successor to Dead Space with a gloomy atmosphere and creepy monsters, but there are practically no innovations and any genre discoveries in it, so the gameplay turned out to be secondary. At the same time, his plot is replete with clichés and is based on hackneyed themes. Some reviewers also did not like the overly spectacular action, which does not allow you to feel the horror component of the game. 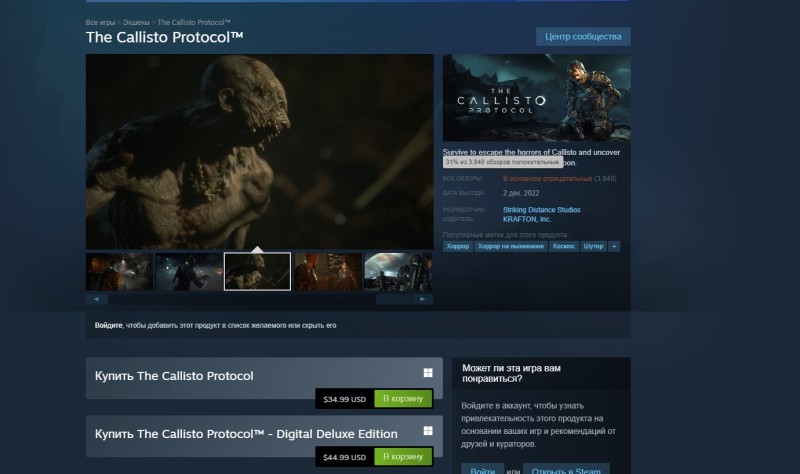 Players have also begun leaving reviews en masse on the game’s Steam page, and they turned out to be more negative than those of critics – it currently has a rating of only 31%. The fact is that most gamers did not like the terrible optimization of the PC version of the project and a significant number of technical errors.

The developers are now probably preparing patches for the game. We add that the first 20 minutes of The Callisto Protocol have appeared on the IGN video channel. It was launched on the Xbox Series X console in the “Performance” mode.

For Messi. FIFA upholds referee's decision to award a penalty against Poland

Activision and the future of COD: Treyarch can’t wait for the acquisition to go through

This is Smart’s future electric car