It’s no secret that the NVIDIA GeForce RTX 4080 video card did not gain huge popularity at the start of sales – the new product was not in short supply, and on the contrary, stores had too large stocks of these accelerators. This situation hurt the resellers, who hoped to cash in on the new product, and now they are completely threatened with losses. 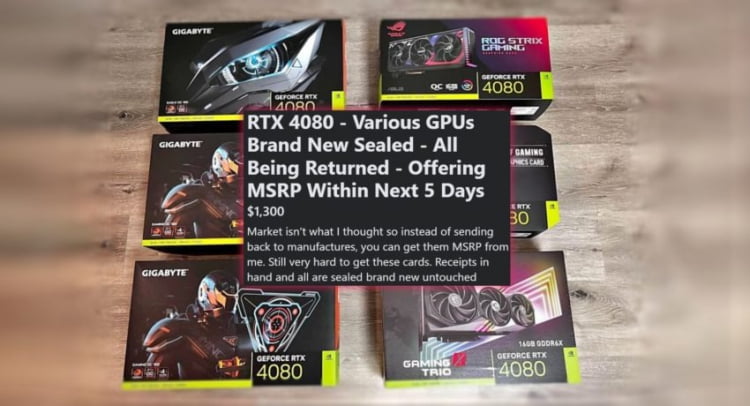 Speculators at the start of sales of the GeForce RTX 4080 bought video cards for subsequent resale, but now they are trying to sell them at least at retail prices recommended by manufacturers (or close to them) due to lack of demand. The problem for speculators is that people can buy a video card in a store at any time (although in the US there are mostly models that cost more than the $1200 recommended by NVIDIA), at the same time receiving a full official guarantee.

Resellers are also trapped because they cannot just return the purchased cards to retailers – for this, at least, it is necessary to pay for shipping, so in the end the person will even end up in the red. What’s more, the problem is exacerbated by the fact that some retailers are now refusing to refund products, only offering refunds in exchange for other products. At a minimum, Newegg has such a policy. 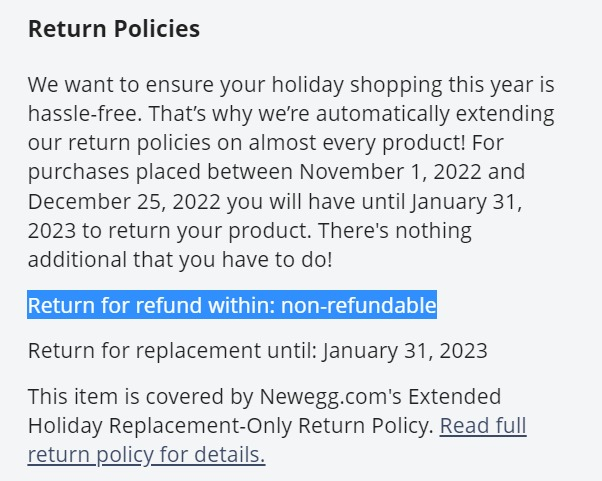 As more and more GeForce RTX 4080 cards are thrown onto the market, and more Radeon 7900 XT and XTX will appear in the near future, those who want to profit from resale will have a difficult choice – either return the video cards (if at all possible), or sell them cheaper than in stores – in any case, they will remain at a loss. And they should hurry: if in the US while the stores offer models that cost more than the recommended $1200, then in Europe retailers have already begun to sell the GeForce RTX 4080 cheaper than the recommended price.

Hideo Kojima: unveiled a third logo. Reveal during the Game Awards is the most likely guess

COD Warzone Mobile: it's official, progress will be shared with MW2 and Warzone 2.0

One Piece Odyssey out today for PS4, PS5, Xbox Series X/S and PC