An event just wrapped up in Nevada, where Tesla built a Semi electric truck workshop. The event itself was timed to coincide with the start of deliveries of the first trucks to customers, among which were PepsiCo and its subsidiary Frito-Lay chips manufacturer, but during the presentation, Tesla did not explain how many trucks will be delivered this year and next, and also refrained from mentioning the cost of these machines. 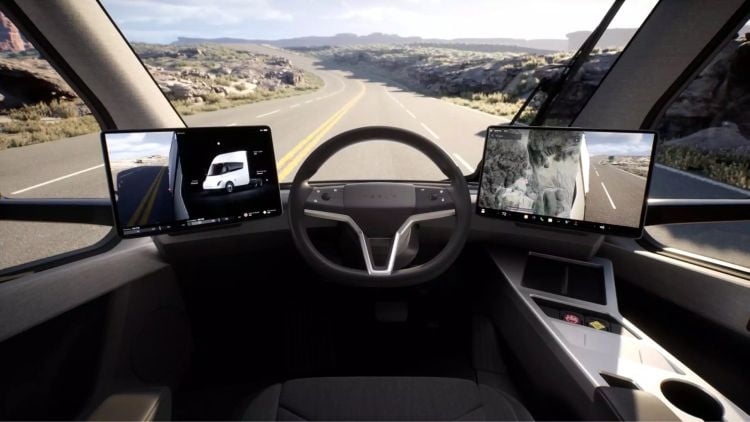 Elon Musk did not miss the opportunity to apologize for the delay in Tesla Semi deliveries, because during the announcement of the truck back in 2017, it was claimed that production would begin two years later. Semi became the first new Tesla model since the beginning of 2020, which got on the conveyor, the last time the Model Y crossover was in this status. the colors coexisted with two Pepsi and Lays branded in the corporate colors, respectively.

About how many trucks Tesla will be able to produce this year, it is known only from the testimony of the chairman of the board of directors of the company Robin Denholm (Robyn Denholm) – their number will not exceed one hundred pieces in the best case. Elon Musk himself announced in early October that Tesla intends to assemble at least 50,000 of these trucks in the US in 2024. By that time, their production will be organized in Texas, in close proximity to the company’s headquarters.

During the event in Nevada, Tesla representatives tried to inspire the public with the idea of ​​​​the beneficial effects of electric commercial vehicles on the environment and the health of citizens. So, although trucks form no more than 6% of the US vehicle fleet, they are responsible for 59% of ozone and nitrogen oxide emissions, as well as 26% of all transport infrastructure greenhouse gas emissions. 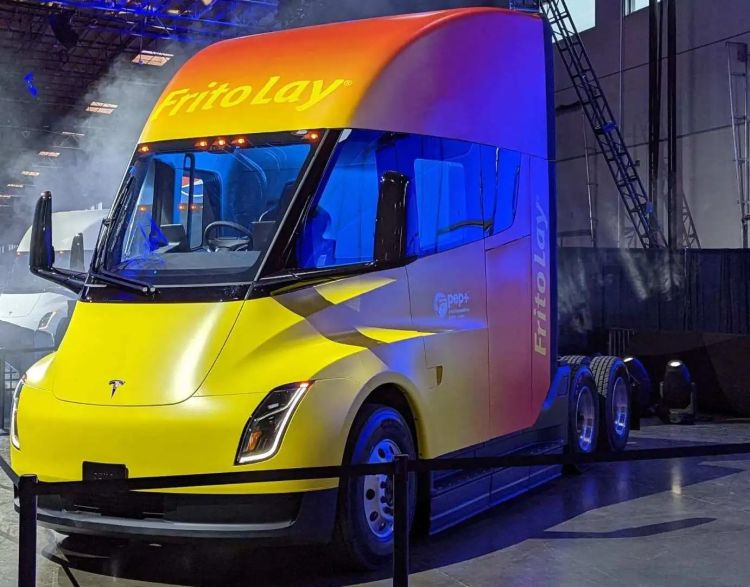 Tesla representatives did not say at the presentation whether Semi trucks would be able to switch to automatic control mode in the near future, but emphasized that the absence of the need to tie the cab layout to the placement of the engine and gearbox made it possible to position the driver’s seat in the center, giving him an equal view of both boards. In addition, cameras located in the mirrors transmit the image to two large monitors on the sides of the front panel, further improving the view. Of the technical details about the novelty, it was said about the presence of three traction electric motors in the transmission, and with uniform movement along the highway, only one of them is activated, and the other two are connected only at the moments when it is necessary to accelerate or overcome the rise. The transmission offers regenerative braking and a response time to a control electronics command of no more than a millisecond.

Nothing new was said about the cost of such trucks, and early Tesla customers did not report anything in this regard either. In 2017, one Semi tractor was expected to cost between $150,000 and $180,000, depending on the capacity of the traction battery. This seemed not such a big surcharge against the background of the cost of a diesel tractor, which in the United States averages $ 120,000. Over the past time, the cost of materials for the manufacture of traction batteries has grown significantly, and in this case it significantly affects the price of the truck itself, so the economics of the project could be dramatic change in a way. On the other hand, buyers of electric trucks in the US will be given a tax deduction of up to $40,000 per vehicle from January next year, so things are not so clear.

According to Tesla, the Semi-based road train with a total weight of 37.2 tons in the older modification is capable of traveling 800 km without recharging, but how the mass is distributed between the tractor itself and the semi-trailer with cargo is not specified. The company is going to operate these machines for the delivery of goods between its enterprises in Nevada and California – the length of the route does not exceed 387 km, but it allows testing the machines in real conditions.

Xbox Game Pass for 1 euro: the most loved Microsoft offer is back again in December

Tropico 6 - New Frontiers is out now on PC