After the first announcement trailer for “The Callisto Protocol”, the game was on everyone’s lips, mainly because of its similarity to “Dead Space”. Despite some parallels, it is officially not a new part of the popular horror game, but treads its own path. After only a trailer was initially shown at Gamescom 2022, we were finally able to look the horror in the disgusting eyes shortly before the release.

A prison full of zombies

It all begins with a plane crash on Jupiter’s dead moon, Callisto. Your co-pilot doesn’t survive the crash landing, but you don’t have time to mourn anyway: the planet’s law enforcement officers consider you a criminal and lock protagonist Jacob in prison. Behind bars, a kind of surveillance chip is implanted in him, which from this moment also serves as a life indicator on your neck.

Shortly thereafter, events take a turn for the worse: a major alarm in the prison causes chaos and suddenly there are grotesque creatures on every corner who want to get your hands on you. Now it’s time to survive! Together with another inmate, your goal is to get to the remote hangar and escape from zombie hell. As you can probably imagine, this is going to be more difficult than it sounds. 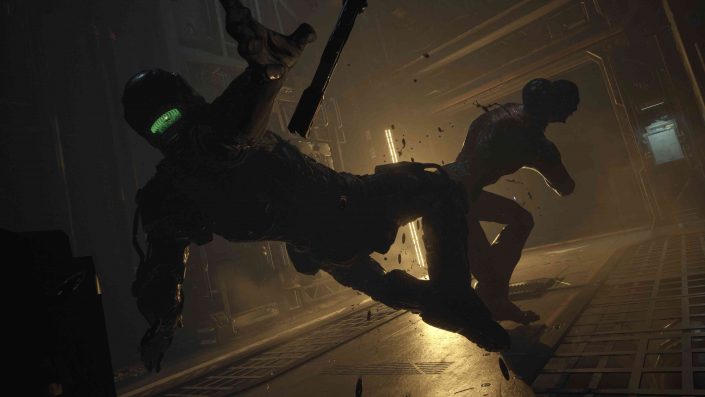 At this point we don’t want to go into detail about certain characters (Kimiko!) or the zombie-like creatures. What exactly they are, how it all came about and what role Jacob plays in this construct, you better find out for yourself – if you dare!

The story is carried by Jakob and a few other characters in exciting cutscenes and in-game conversations. You can only get more information about the biophages, the prison and other secrets from memos that are hidden everywhere. Unfortunately, they can only be listened to while standing and with the menu open, which massively disrupts the flow of the game.

Jacob quickly finds a melee weapon that can be used to beat the first opponents to a pulp. And that’s no exaggeration! We were surprised when “The Callisto Protocol” appeared uncut in this country with USK 18. At least when you consider how many body parts and bodily fluids are thrown around during the fights. You cut off the extremities of the enemies, decapitate them and still have to fight their undead, headless bodies until they finally come to rest. uh

The death animations, be it for the opponent or Jacob himself, are pretty disgusting and will make gore fan hearts beat faster. Jacob’s face is sometimes squished, torn apart, or just completely destroyed beyond recognition. And that is just the beginning. Similarly, creatures have numerous ways of dying. If that’s not enough for you, you can buy more death animation via DLC. An aspect that is hotly debated and which we, too, see rather critically. Does that really have to be? 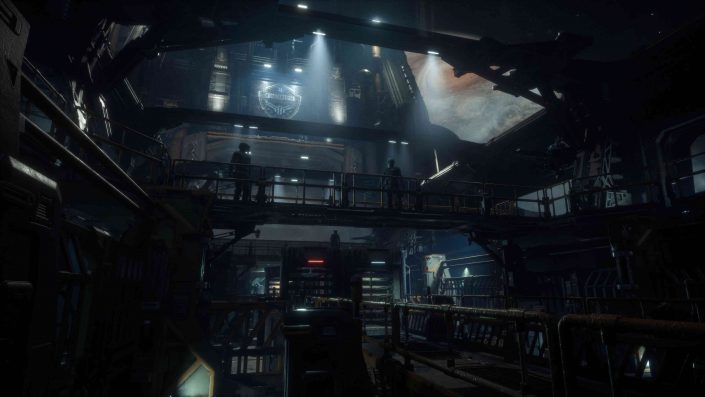 So that you don’t have to see your own blood too often, the left stick is your best friend. In general, Jacob is not the fastest when it comes to movements. A fast turn is not possible at all. It is all the more important to time the evasion well. The evasive movement saves painful hits and can later be used to block – which admittedly worked semi-well in hectic battles against multiple opponents. Over time, you will find more weapons that make long-distance combat possible. But you can miss some!

The developers speak of a unique arsenal of weapons in the game. We wouldn’t go that far with stun batons, revolvers, and shotguns. Nevertheless, there is one special feature: Jacob finds a reduced gravitational field generator (GRP). Worn like a glove, this accessory allows Jacob to play with gravity and launch enemies and objects around. A mutated creature will rip it to pieces with it in a split second when bumped into a fan. Practically! And a little gross.

“The Callisto Protocol” has a crisp level of difficulty. Even on the simplest level, you won’t run through the game completely stress-free. Resources are already really scarce on the medium difficulty level and the enemies are persistent. Especially when they suddenly start to mutate and enemies on the ground that you thought were dead suddenly get up again. If you don’t defeat your opponent immediately, tentacles will erupt from them, heralding the impending mutation into an even stronger monster.

If you don’t want to attract so much attention in a horror game and prefer to quietly eliminate one or the other enemy, you can sneak up and commit a “Resident Evil”-style stealth kill. This is especially worthwhile in groups of opponents, because as soon as a fight gets hectic, the camera goes crazy. Sometimes it zooms so close into the action that evasive maneuvers or correct aiming are no longer possible. The consequences are severe hits or even death.

We’ve already touched on it: The zombie-like creatures in The Callisto Protocol are wonderfully gross. They probably won’t win a beauty award, but the bursting out of the tentacles, the distorted grimaces with human facial features and completely mutated bodies are a real eye-catcher. In contrast, the prison, despite its different areas, looks almost boring. 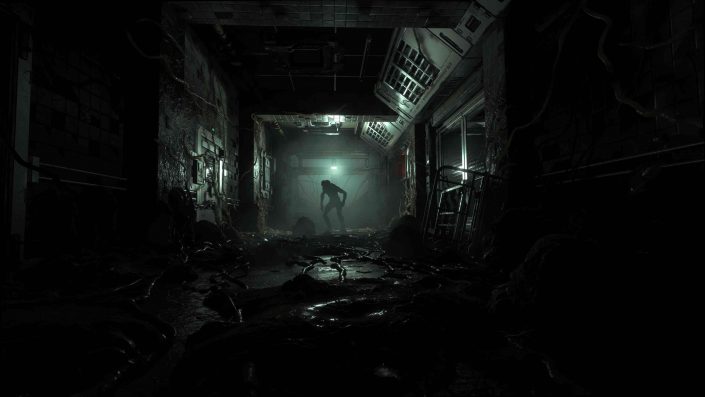 On PlayStation 5, The Callisto Protocol is simply beautiful, although many areas are barren and cold. If prison walls don’t appeal to you, you might enjoy the snowy landscape in the blizzard. The atmosphere is almost overwhelming. Wildly swirling snowflakes, slimy pores of enemies and reflections in puddles: it just looks great.

Good combination of gameplay and environment

We also really liked Jacob’s development system. In various save rooms he can use a kind of 3D printer to improve his weapons or buy healing items. However, since the inventory is limited, there is not much room left for supplies. The expansion of Jacob’s life bar and an increase in inventory are tied to the story. A suit and helmet for a moon walk, for example, give him increased life energy. This makes sense in the context of the story and is therefore more understandable as an item that magically makes him stronger for no reason.

You could have had a little more ingenuity when developing the puzzles: Especially in the first half you just take the fuse from one device on the wall and stick it five meters further into the next one. Then, as if by pressing a button, opponents appear who want to beat you to a pulp. This is quite repetitive and seems outdated.

Aroged: The Necromancer and his army of the undead are in the latest SpellForce Conquest of Eo trailer