The international reviews for “The Callisto Protocol” arrived just in time for today’s release, pointing to a solid, if not earth-shattering, survival horror adventure. Krafton’s falling share price suggests investors were expecting more. 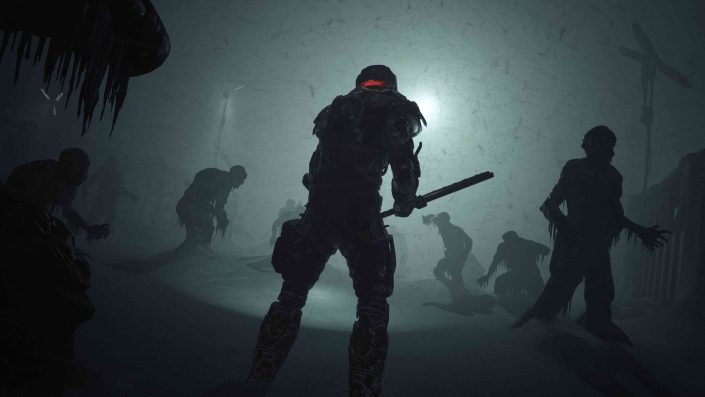 A new survival horror title, The Callisto Protocol, was released this Friday at Striking Distance Studios under the supervision of game director Glen Schofield.

Since Schofield was one of the creative minds behind the successful “Dead Space” series, the expectations of the community and the critics were correspondingly high. The test ratings from the international trade press arrived during the night hours, suggesting a solid horror adventure, although there is still room for improvement. The PS5 version of The Callisto Protocol brings it auf Metacritic For example, an average score of 75 points.

As became apparent in the hours after the reviews were published, it was apparently not only the players and critics who expected a little more. Apparently, the investors also approached the new Krafton plant with higher expectations.

According to recent reports, the South Korean publisher’s share price plummeted shortly after the publication of the international reviews. The reviews went live just under an hour and a half before the Korea Exchange closed, causing Krafton’s share price to end the trading day down 8.41 percent. Krafton thus closed the trading day with the weakest value since November 11, 2022.

A development that, according to Serkan Toto, CEO of the Tokyo-based video game consultancy Kantan Games, was in fact due to the performance of “The Callisto Protocol” in the international reviews. Accordingly, the investors assumed a new, powerful brand or a new mainstay for Krafton and not a title in the 70s range.

Time will tell how the international test ratings will affect the commercial success of The Callisto Protocol. The horror title is available for PC, PlayStation 4, PlayStation 5, Xbox One and Xbox Series X/S.

PlayStation Plus: towards an imitation of the Xbox Game Pass? A potential clue sows doubt