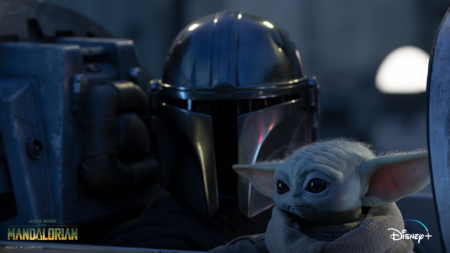 Fans of The Mandalorian can set themselves a reminder for March 1, 2023. On this day, the third season will premiere on Disney+. This was announced by the official Twitter of the series. According to rumors, Disney originally planned a release in February, but the new date looks good. Production on the third season began back in 2021, with filming wrapping up at the end of March 2022. The process was postponed for several months, giving priority to the filming of the Obi-Wan Kenobi series.

The Mandalorian and Grogu return March 1 only on @DisneyPlus. pic.twitter.com/h0NrVMIT4V

The first teaser trailer for the season was released at D23 Expo in September. It shows the reunion of baby Grog Dean “The Mandalorian” Djarin. The trailer also gives a glimpse of how Mando deals with the aftermath of removing his helmet and showing his face, which is against the rules of his sect.

By the time the third season of The Mandalorian is released, it will be more than two years after the end of the second. Between seasons, The Mandalorian and Grogu were featured on The Book of Boba Fett last year. According to rumors, the new season will be set after the events of The Book.

The series stars Pedro Pascal, Carl Weathers, Katee Sackhoff, Emily Swallow, Omid Abtahi, Christopher Lloyd and Tim Meadows. Back in 2020, Giancarlo Esposito reported that in the third season of The Mandalorian, his role will be significantly expanded.

Grogu also received a hand-drawn version from Hayao Miyazaki for the Lucasfilm and Ghibli Discover Zen animated featurette Grogu and Dust Bunnies, released in November. Dust Bunnies are small creatures made of coal dust that have appeared in many Ghibli cartoons.

Pedro Pascal and Bella Ramsey at TGA 2022: new preview for HBO's The Last of Us?

Google Messages has a new feature in conversations

Pokemon Scarlet and Violet, sightings from Paldea: Greavard wags his tail in video!

Need to repair an electronic device? This financial boost will help you