The Volkswagen ID.3 caused a stir when it was announced in 2019. It is the first electric car from the VW group that uses the MEB platform dedicated to electric. For 2023, Volkswagen is giving it a facelift.

Peugeot is preparing a facelift for the e-208 in 2023, for its part, Volkswagen will do the same with the ID.3. As a reminder, the ID 3 was launched in 2019, it was not VW’s first electric car, however it was the first to use the new dedicated MEB platform. 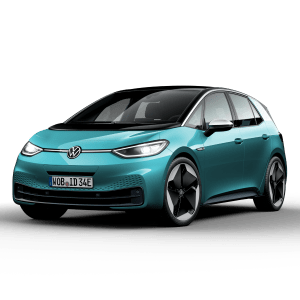 Although a model that proved popular at first, it aged badly, and was the target of much criticism regarding the materials used, the interior and the infotainment. Here are the first sketches of the planned facelift.

A light refreshment outside

For the moment, we do not really know the design of the future ID.3. It’s a refresh that’s planned, and Volkswagen has released several sketches of what it called the “second-generation ID 3”. Expect a new bumper, new vertical air ducts on either side of the center air intake and new LED headlights. The hood also seems to have been reworked, including the removal of the black panel at the bottom of the windshield.

A revamped interior with modern software

The interior appears to get a more extensive overhaul, including a 12-inch infotainment touchscreen that replaces the old 10-inch screen. This central screen rests on a restyled dashboard, with the new generation of software from VW. Volkswagen promises faster infotainment capable of receiving updates via OTA (Over-The-Air).

This new software also means that the ID.3 will integrate some of the driving assistance functions offered on the new models of the ID range, including a route planner, a Traffic Assist function, Park Assist and a profile saving system.

Volkswagen has also reworked the center console to include two cup holders and claims to have improved the materials used inside.

This new model will be on sale from March 2023, as for the first deliveries, they are only scheduled for the end of 2023. Why not before? Certainly because of the semiconductor crisis which is creating a real supply problem in the automotive sector.

Assassin's Creed Mirage is coming later than expected, according to a well-known insider

Pokémon Scarlet and Violet: Video demonstrates that performance has improved with Patch 1.1.0

Genshin Impact Transparent Ruins Recordings: what they are for and where to find them

The Game Awards 2022: The nominations for the gaming Oscars