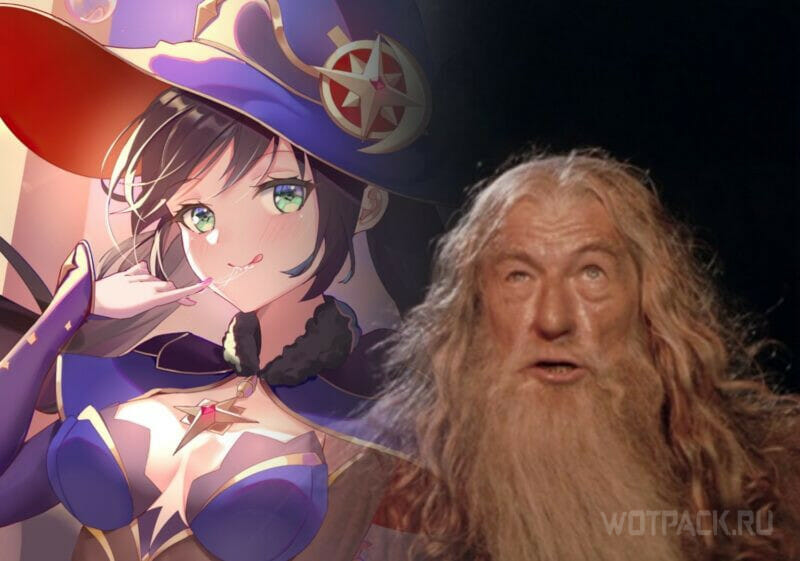 As players eagerly await the release of Update 3.3, dataminers are reminiscing about information from the very first beta test of Genshin Impact. In his files, there are heroes from both Mondstadt and Li Yue and Inazuma. Of interest is Mona, a five-star Hydro catalyst whose costume changed in the cutscenes of the game even after the release.

The great astrologer Mona Megistus appears to have come to Mondstadt from afar to collect her teacher’s box. This story is covered in her legends quest What the stars of this world say. It is believed that the girl is from Fontaine, but there is no official confirmation of this.

Mona came along with the game’s release on September 28, 2020, with a design that wasn’t exactly beta-test-like.

1 version with CBT (on a gray background) is generally more open: there is no fabric on the right leg and piping in the chest area. Small changes are also noticeable: gradients on the top of the swimsuit, hat and cape and a more pronounced pattern on its long parts. Added golden elements on the sides of the girl. 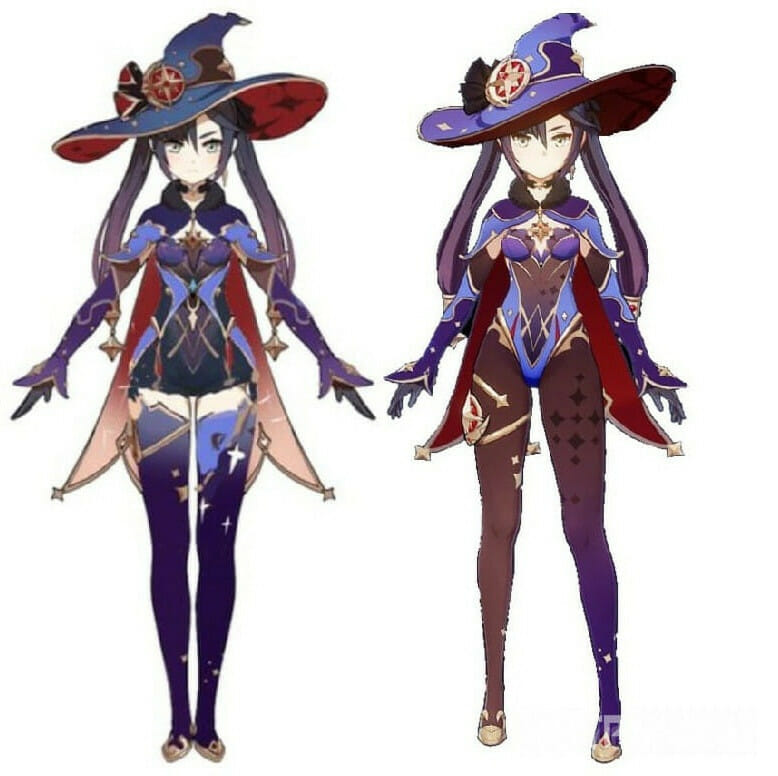 The costumes were replaced on special Chinese servers and came along with compensation, and on the global they became a gift for the players.

The Star-Moon Meeting outfit includes a more closed swimsuit with shorts, long stockings with the same gradient, as well as a hat with a modified brim pattern and a slightly modified cape with a brighter transition from red to light. You can change the clothes of an astrologer at any time. In addition, the updated design has been used in all of Mona’s cutscenes.