On Android, it is not necessary to install a big update to take advantage of new features. Here are many new features for Android. 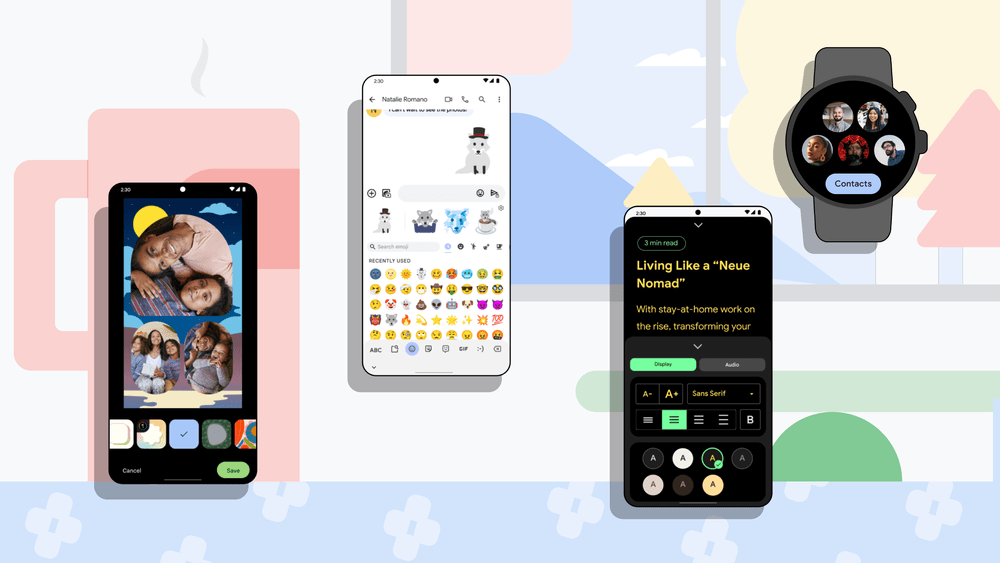 As usual, Google won’t sit idle until the next major Android update. Some innovations for Android will be delivered during the Christmas period, with Google Photos, emojis and Wear OS, without the need to install a big update.

The latest batch of novelties dates back to September 2022. Among them, we find new features around Nearby Share, widgets for several Google applications, a new function for the Gboard keyboard, but also for Google Meet and new features very useful for the hearing impaired. Changes to the Google Assistant for Google TV and Wear OS features are also on the agenda.

Lots of new products for the end of 2022

This time, Google expands the possibilities of creating collages in Google Photos. Following the recent introduction of different styles, two new options are now added, designed by Australian artist duo DABSMYLA and watercolourist Yao Cheng. The features should be available in the Photos app soon. 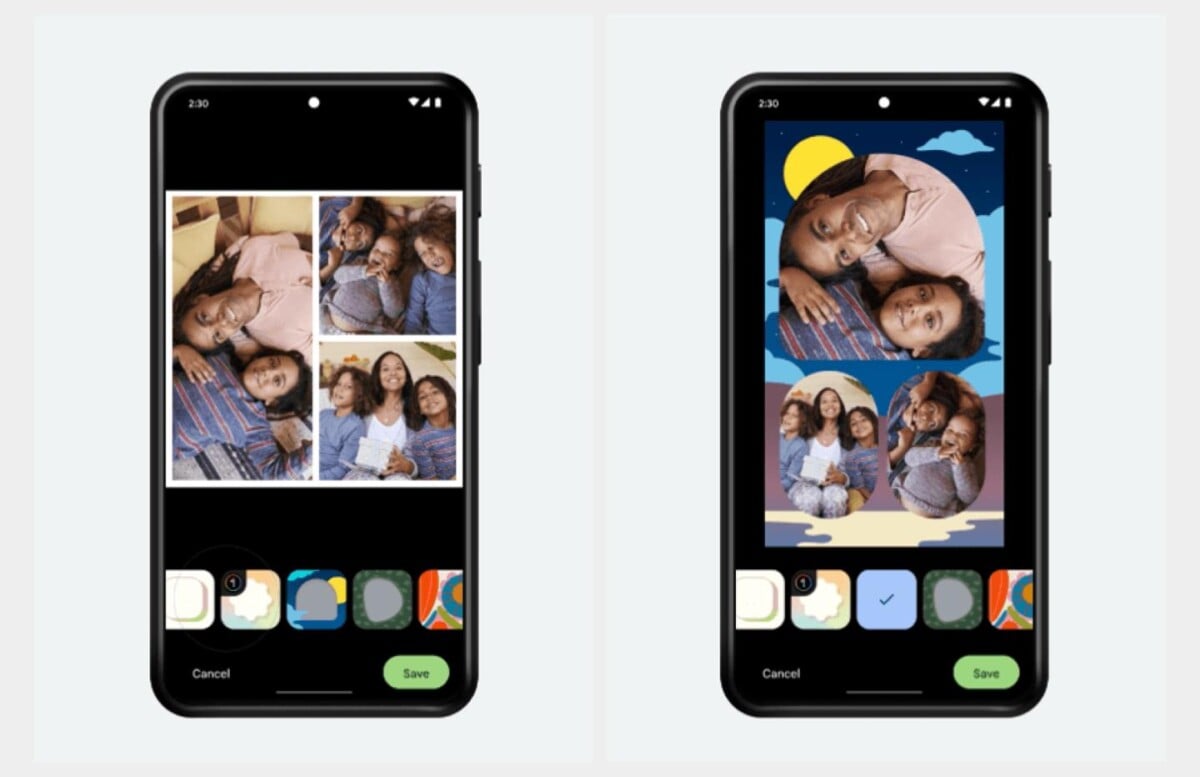 The Emoji Kitchen feature of GBoard keyboards, which connects emojis to new symbols, is also expanded. Google gives just one example of the new combinations and combines a wolf and a snowman to form a wolf with a top hat. Here, it’s up to users to explore the new possibilities themselves as soon as the app has been updated. 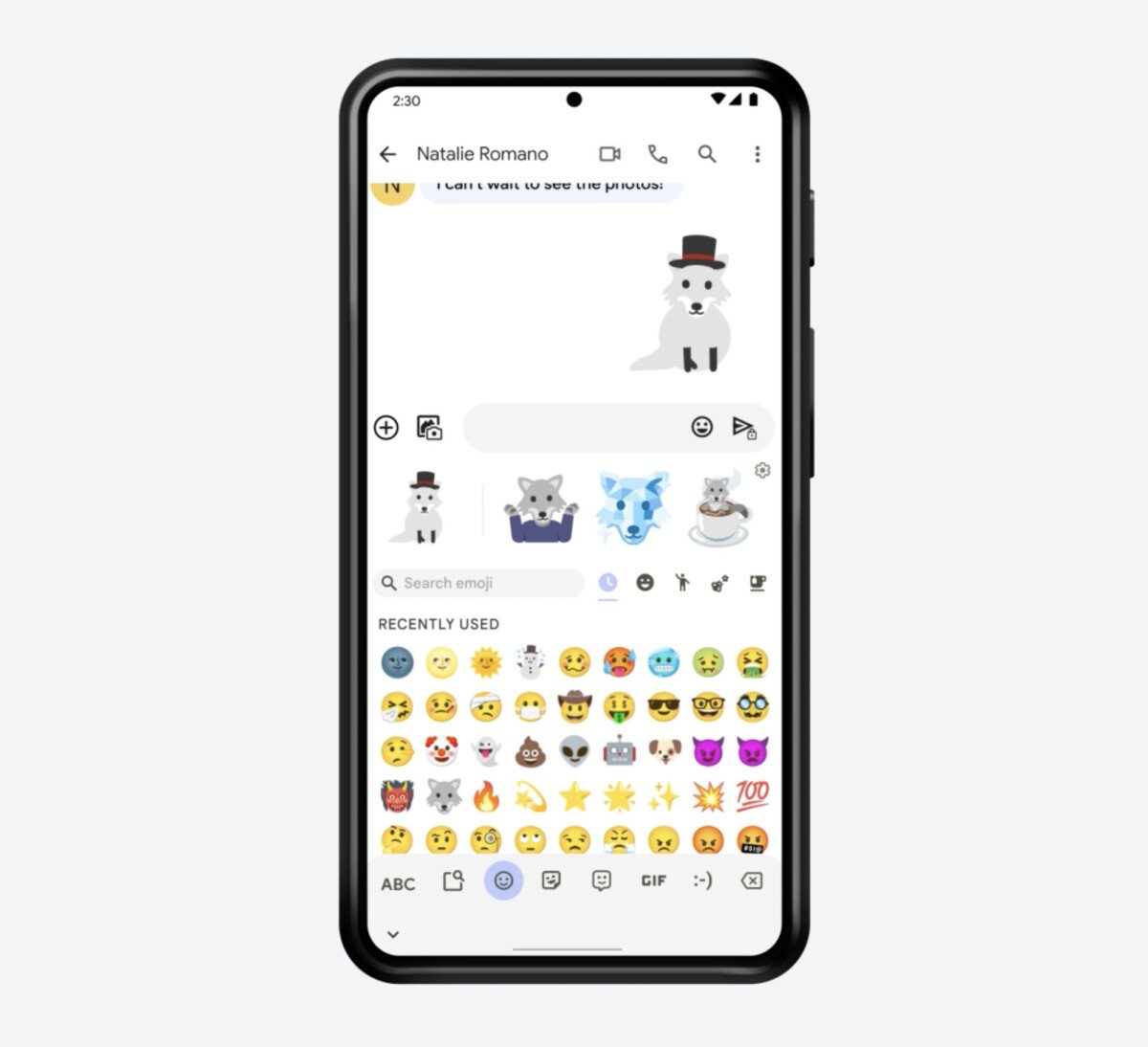 A new YouTube widget will allow you to search videos on the fly. Starting next week, you’ll also be able to stream content from the Google TV app directly to your compatible TV with just a tap.

Among the new features is a new Reading mode on Android (like on Safari) that provides access to accessible reading that can be useful for people who are blind, visually impaired or dyslexic. It can also be associated with a voice synthesis function with voice speed control.

Finally, Wear OS devices now benefit from a preview of favorite contacts as well as a new view for sunrise and sunset. As for Google Keep for Wear OS, it receives an update, to better display the notes on the small screen of the watches. Finally, Google Assistant can now launch more than 30 workouts with voice.

All of these changes are going to roll out over time, without having to install a big Android update. This is also the strength of Android.

"We were wrong": Darktide developers promise to finalize microtransactions against the backdrop of player dissatisfaction

Like A Dragon Gaiden will be ‘half the size of a typical Yakuza,’ says the producer