Norwegian biathlete Jens Loros Oftebro won the first personal start at the home stage of the World Cup in Lillehammer, having managed to keep Jarl Magnus Riiber away from him. Thanks to his second place, he intercepted the yellow jersey of the leader of the overall standings from the German Julian Schmid.

Schmid himself finished seventh. And the top 3 was closed by his teammate Vincenz Geiger. 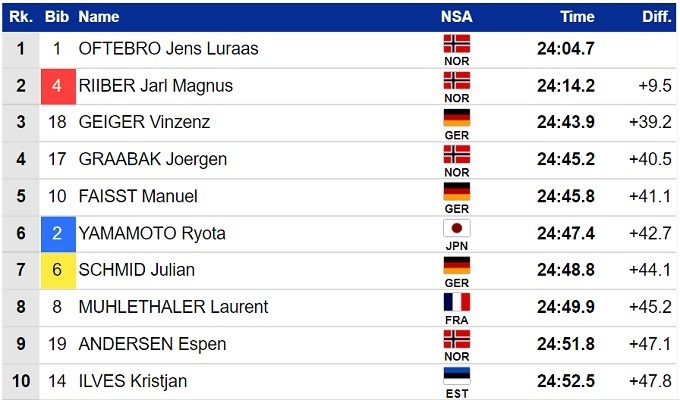 Previously, Clabo and Ribom won the sprint in Lillehammer.