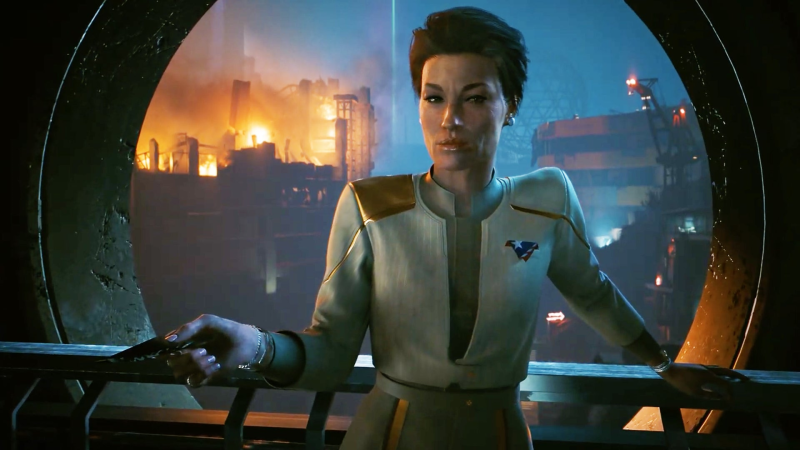 CD Projekt Group intends to once again show Cyberpunk 2077: Phantom Liberty later this year. Such a statement was made during the online conference GPW Innovation Day, organized by the Warsaw Stock Exchange.

The event was attended by representatives of CD Projekt: CEO Adam Kiczynski and Vice President for Finance Piotr Nelyubowicz. During discussions with investors, they briefly mentioned business matters (including a new “incentive program” for employees) and a desire to continue expanding into the movie and TV market after the success of Cyberpunk: Edgerunners.

Of course, questions were also asked about the games of the Polish developer. Kiczynski said that while the Cyberpunk 2077 expansion’s marketing campaign won’t pick up until after release, a “significant promotional bit” is still in the works for this year.

We can only guess that this “beat” will either become part of The Game Awards or take the form of another Night City Wire broadcast (the former is more likely). In any case, the wait is not long.

Another interesting issue raised at the conference was the possibility of releasing projects created by other studios. Kichinski stated bluntly that CD Projekt Group intends to focus on its own developments. He was echoed by Nilubowicz, who added that the company is focused on “creating games for the big screens” (i.e. PC and consoles) and is not interested in the VR segment.