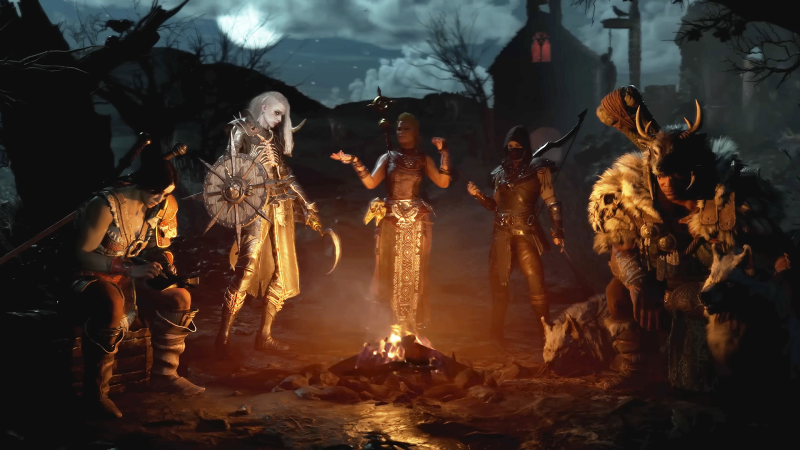 Last week, well-known insider Tom Henderson revealed that Diablo 4 news would be released before The Game Awards on December 8th. Now he has confirmed that this is all in force: more than 100 journalists were able to see the behind-the-scenes presentation, and also got the opportunity to try out the game. It is believed that the embargo on the event and practical demonstrations will be lifted on December 7th.

During the presentation, Rod Ferguson invited everyone present to watch The Game Awards, as there will also be announcements. The announcement is believed to likely be the game’s release date, previously announced by Xbox Era’s Sikmamikanico, and WindowsCentral’s Jez Corden claimed that Diablo 4 should be out in April 2023.

Earlier this year, a leaked internal document from Activision Blizzard revealed that pre-orders would be available at The Game Awards. Also on the servers of the PlayStation Store found references to the open beta version of Diablo 4.

WindowsCentral insider Jez Corden clarified that the target release date in April could be an 8-week variance release window.

The big announcement is early access to the open beta with pre-orders. Also, a collector’s edition that contains some sort of… candle? Not 100% sure what it is. I wrote April 2023 for a release, but now I’m thinking that might be the target release window with an 8 week difference.

I tried to justify myself. Courtois apologizes to fans for World Cup exit

DC: Creating games with canon and with the actors of the films would be a nightmare for a dev of a Marvel game

LEGO sales: this McLaren race car loses 25% of its price!