Google said that in the coming weeks, RCS group chats for some users of the Messages app will receive end-to-end encryption – so far as part of open beta testing. Previously, encryption appeared in personal correspondence. 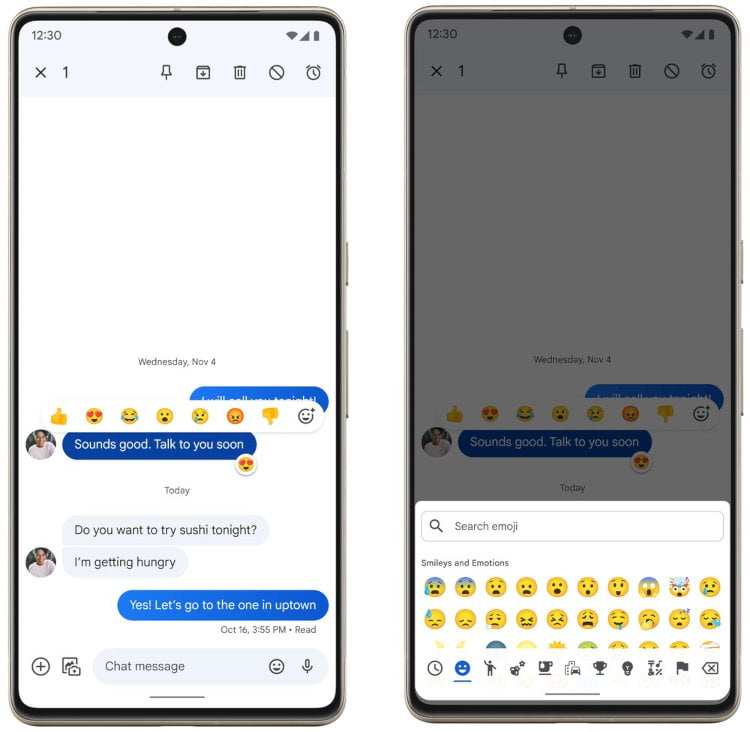 In all likelihood, when the developer finishes testing the end-to-end encryption of RCS group chats, the feature will become publicly available, but this will take some time. Google also said that it will also be possible for the foreseeable future to leave reactions to messages in the form of any of the available emojis – testing of this feature started in November. The company spoke about the innovations in a corporate blog, the publication of which was formally dedicated to the 30th anniversary of the SMS standard.

Google has been advocating the introduction of a more progressive RCS (Rich Communication Service) format for years, one of the biggest obstacles to which is Apple’s inertia – the company still refuses to support it in iOS. Google emphasized this fact, noting that RCS is already supported by most manufacturers and carriers, while Apple is “stuck in the nineties”.

The search giant even launched a public initiative calling on the iPhone maker to change its position – perhaps this will be facilitated by mass appeals from Apple device users.

One of the best PC and Xbox Series racing wheels is back on sale!

Geralt, Executioner of Doom and other characters appeared in the trailer for the new chapter of Fortnite

Spotify: prepare to pay more for your subscription

From iPhone to Galaxy: These 49 devices lose Whatsapp support