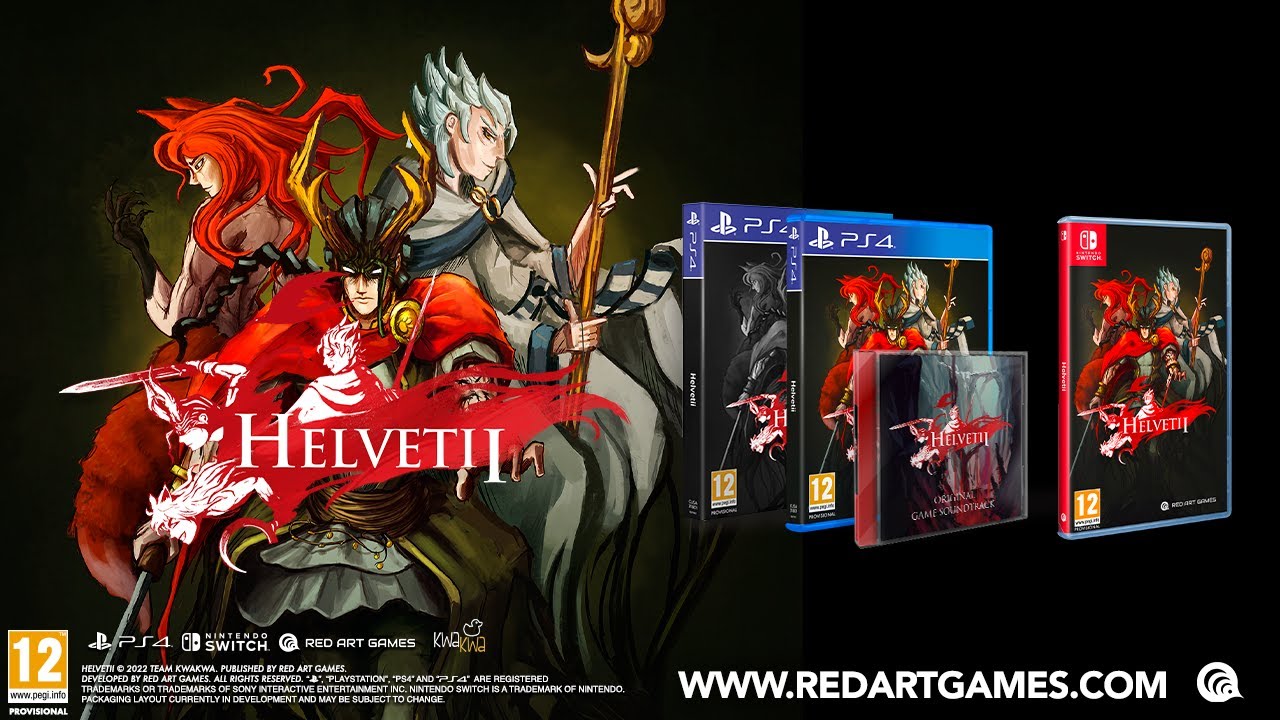 Helvetii, a 2D action game, will release for PlayStation 4, Switch and PC via Steam on February 3, 2023, developer Team KwaKwa has announced.

The physical editions of the game are already available for pre-order from Red Art Games.

Helvetii is a 2D RPG that explores the ancient mythology and history of the Helvetii Gallic tribes, as well as Celtic and other myths from various cultures, and adapts them into a challenging, fast-paced modern action game with a beautiful art style.

Take control of various characters such as a ferocious young chieftain, a naive yet agile fox turned human, or a cunning druid wielding primal powers and use their unique and varied combat skills to fight your way through the hordes of creatures and put an end to the rot, who took over the land and also their hearts.