Former Chinese President Jiang Zemin passed away a few days ago, prompting a week of mourning in the country. Given that the authors of Genshin Impact are in China, rumors began to appear on the network that update 3.3 would be postponed or the game would be closed altogether for a short time. As proof of this, many cited HoYoverse’s decision to postpone the showing of the Wanderer teaser (it was supposed to be published on December 1). 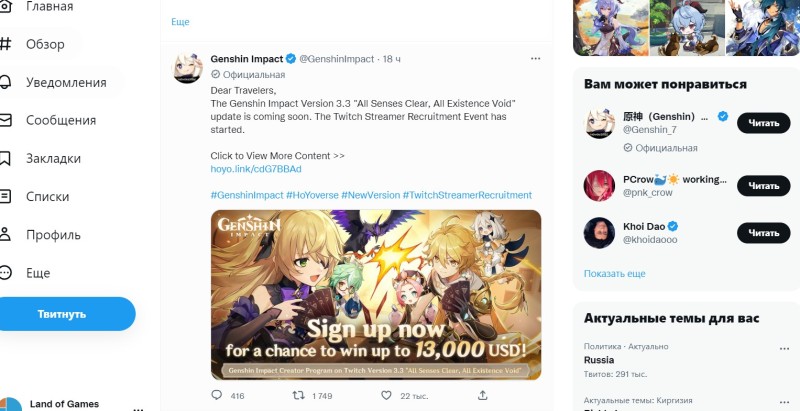 However, with a high probability, the company does not intend to do any patch transfers, at least in Europe and the USA. The fact is that on the official channels of the game in Western social networks, the developers, as if nothing had happened, congratulated Gan Yu and Nilu on their birthday by publishing their fanart. In addition, in a recent “tweet” they indicated that version 3.3 will be released very soon.

However, not everything is so smooth on the Chinese server, as many of the official HoYoverse portals are still painted in black and white. It is possible that for Chinese users the update will still be transferred.

RATE OF THE DAY. The main matches of the day and popular predictions for December 3

NES homage platformer Orebody: Binder's Tale is out on PC