Soon you will be able to keep armadillos in Planet Zoo 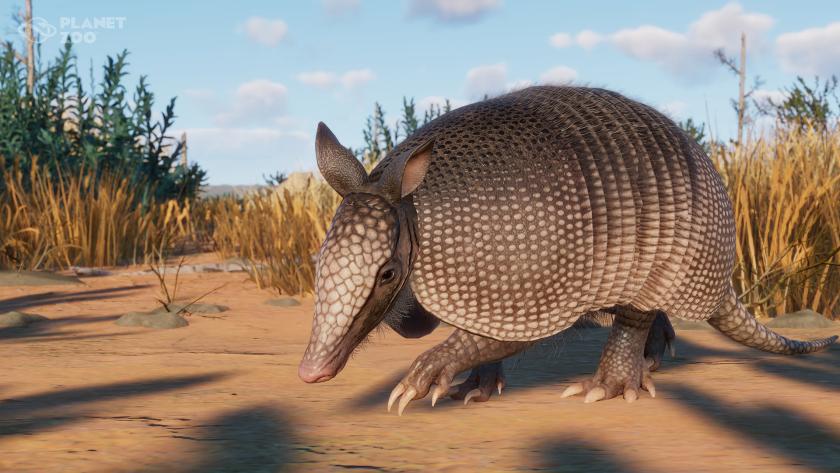 In Frontier Developments’ zoo management game Planet Zoo, you’ll soon be able to keep new zoo residents to further customize your zoo. The Grasslands DLC is the fourth expansion available for purchase this year from Planet Zoo. The game, which was released in 2019, already offers a total of twelve paid expansion packages and is thus almost in competition with the expansion-heavy Sims games. The new Planet Zoo DLC expands your game with eight new animal species that revolve around the theme of steppe, plain and prairie. In addition, there will be a new career mode scenario. We have summarized for you here what exactly the Grasslands DLC offers.

These animal species include the DLC

Purchasing the Grasslands DLC gives you access to the nine-banded armadillo, maned wolves, emus, the Afroasiatic big cat caracal, the red-necked wallaby, striped hyenas, and blue wildebeest. There are also five species of butterflies that you can exhibit for your visitors. In career mode you have to give animals a new, nicer and, above all, more species-appropriate home in the Argentine grasslands.

You can purchase the Grasslands DLC on Steam from December 13, 2022 for around 10 euros and will be accompanied by a free update. The update will bring new features and various improvements for the fun and flow of the game, such as guided tours through your zoo, a heat map that shows you the visitor visibility of all habitats, a bulldozer tool and a new terrain type for the sandbox game. Mode specially designed for building dioramas.

Brentford lost to West Ham in the FA Cup. Yarmolyuk remained in reserve

Cyberpunk 2077: an artist had imagined Idris Elba in the game already two years ago