Whistleblower memetrollsXD, despite being threatened by HoYoverse, has decided to reveal the 4-star characters that will be featured in the next update 3.3 banners for Genshin Impact. 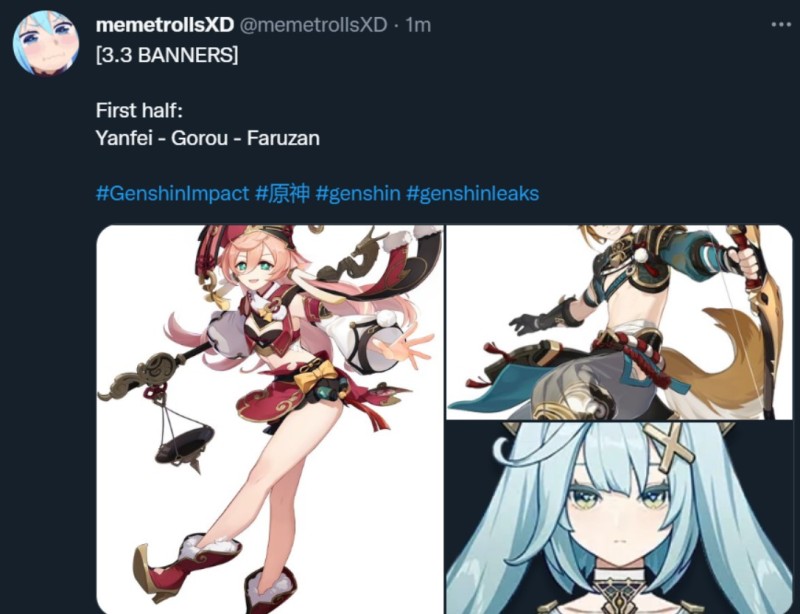 In addition to Faruzan (Anemo; bow), which the developers themselves revealed, Goro (Geo; bow) and Yan Fei (Pyro; catalyst) will be waiting for the players. Army General Watatsumi is a decent support character that pairs perfectly with Itto (also featured in the banner), so it’s no wonder the devs rerun him again.

As for the lawyer girl from Li Yue, she copes well with the role of the main damage dealer in the squad, especially when paired with a sub-DD related to Cryo or Hydro elements. We remind you that patch 3.3 should be released on December 7 this year.

VIDEO. Fury and Chisora ​​ate a big burger together after the fight

Sensation? Nadal lost the opening match at the ATP Finals