England – Senegal. Forecast and announcement for the World Cup match 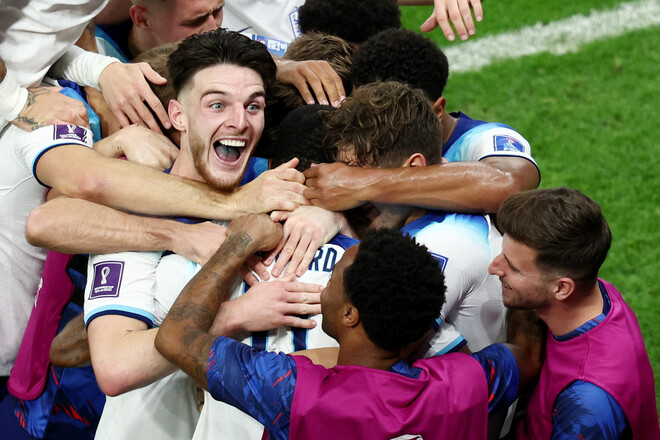 On Sunday, December 5, the match of the 1/8 finals of the 2022 FIFA World Cup between the national teams of Senegal and England will take place. The game will take place at the Al-Bayt Stadium in El-Khaur (Qatar). The starting whistle will sound at 21:00 Kyiv time.

Of course, England is the favorite in this fight. The British performed well in the group stage, taking first place and losing points only in the match against the USA. Before the start of the 2022 FIFA World Cup, there were questions about attacking, but England scored 9 goals in two matches (With USA 0-0) and showed that even if Gary Kane does not score, there are other players who are able to hit the opponent’s goal . The ever-promising and unstable Marcus Rashford, by the way, pleasantly surprises at this Mundial.

By the way, at the expense of defense, Harry Maguire doesn’t fail so often anymore, and the age-old Luke Shaw plays well on the left flank. In addition, Rice plays almost perfectly as a defensive midfielder. There is only one problem – when will Kane start scoring? After all, it is on him that all hopes are in attack, no matter how Rashford, Foden and Grealish show themselves. They are young and not world-class players, not top forwards. It’s time for Kane to jump in and lead the team. Senegal is a very mediocre team, you need to go through this calmly and in your thoughts already be in the 1/4 finals.

Defense, by the way, the team is not bad. If Kane continues his no-scoring trend and the younger players start to crumble, Koulibaly, Diallo and Mendy should be able to keep a clean sheet. England must be taken on counterattacks and hoped for a supply from Maguire. Yes, and as it was said out, Shaw is no longer young. It will be almost impossible to get past Walker, so you need to build your attack through the right flank and just run across and roll up the defense. Something, but the speed of the African team does not hold.

Kane is bound to score soon. Yes, and the attack in England looks menacing. Our bet will be England’s individual total over 1.5 at odds of 1.87.

The creators of The Callisto Protocol have released the first patch for the PC version - it's better, but there are still problems

Aroged: Apple is Twitter's biggest advertiser, according to Elon Musk

Skins from the anime “My Hero Academia” appeared in Fortnite

In the improved version of The Witcher 3: Wild Hunt, the main problem with the Russian voice acting will finally be fixed – the players are delighted