Halo is one of the most important first-party series from Microsoft and is now in the hands of 343 Industries. After the release of Halo Infinity, this studio now has to cope with a well-known departure. 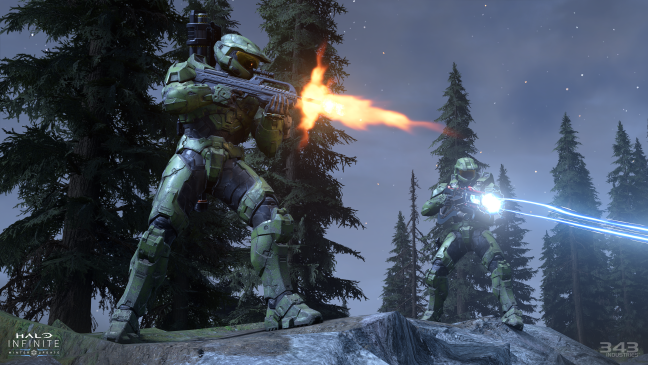 The Halo series will have to do without the cooperation of one of the most important developers in the future. It has now become known that Tom French is leaving the development studio 343 Industries after having worked there for over 11 years. Most recently, he acted as multiplayer creative director of Halo Infinite, so he had a leading hand in the all-important multiplayer part of the action title.

The bloodletting at 343 Industries continues after two important personalities, Bonnie Ross and David Berger, announced their departure from the studio last year. It remains to be seen to what extent the supporting pillars of the studio can be replaced in the long term.

French, meanwhile, hasn’t given any hint as to where he’ll be next in the games industry, having at least revealed he wants to pursue other career opportunities. However, since the message is already talking about a new adventure, an official announcement will not be long in coming.

After over 11 1/2 years on Halo, I step out of my Spartan armor for the last time today to head off to new adventures. It’s been a massive honor to have been part of a game I loved so much as a player and admired so much as a developer. I couldn’t be more proud of my time at 343. pic.twitter.com/2CBD7kOPIj

“After over eleven and a half years working on Halo, I leave my Spartan armor for the last time to embrace new adventures. It has been a tremendous honor to have been a part of this game, so loved as a player and valued as a developer learned. I couldn’t be prouder of my time at 343,” said French.

Halo Infinite had finally received campaign co-op and Forge mode – something fans of the franchise had to wait a lot longer than originally planned. How the brand will continue in the future has not yet been officially communicated by 343 Industries and Microsoft. In the multiplayer area, however, it now requires a new lead developer one way or another.

The Halo Infinite Winter Update is here, finally bringing campaign co-op and the Forge to the game.

Apple promo: €250 less on this Mac and we still can’t believe it!

Who will become the world champion? Forecast of the next supercomputer

Path of Exile: Forbidden Sanctum: It’s all in the new add-on!