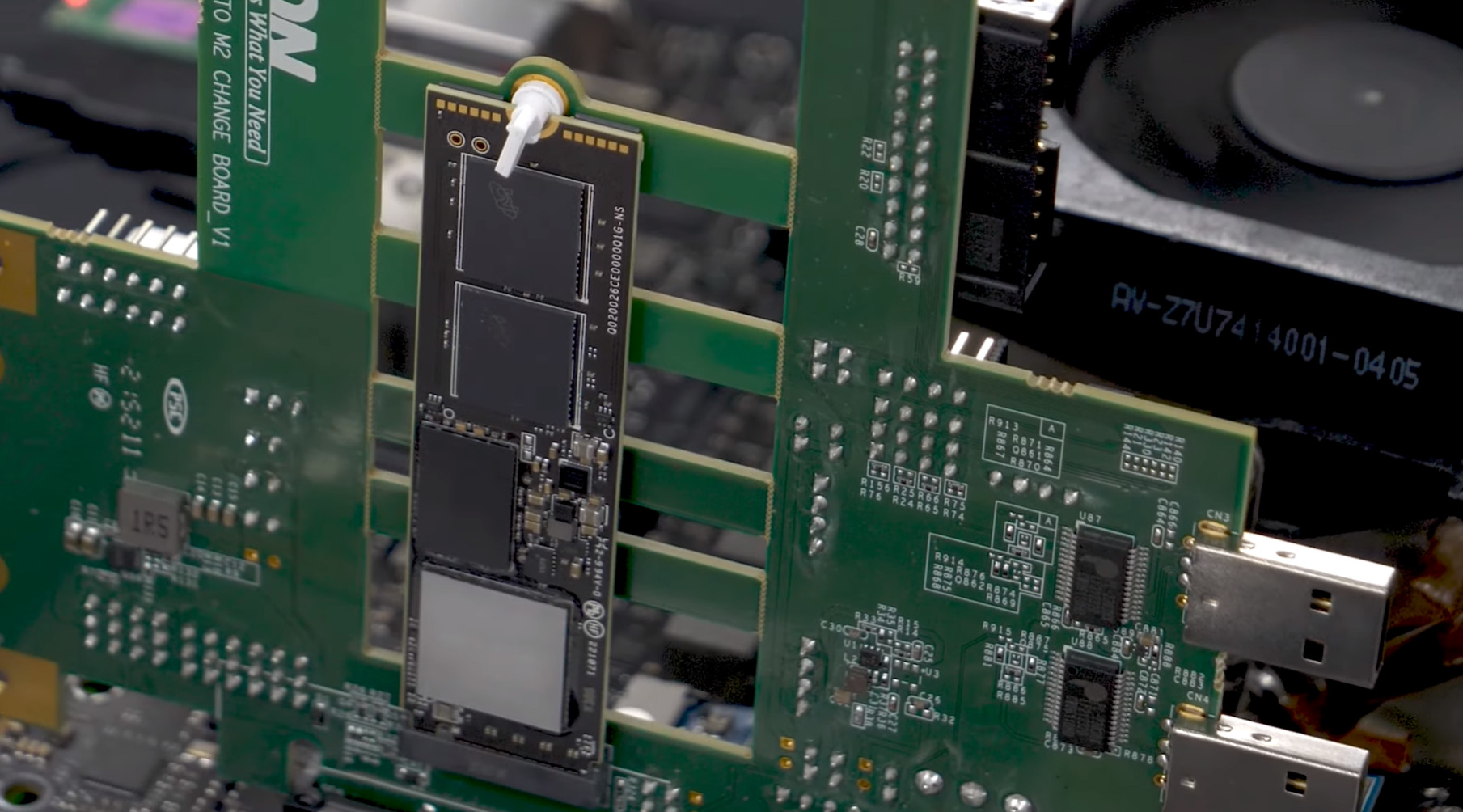 12/04/2022 at 14:45 by Maximilian Hohm – New M.2 SSDs with PCI-E 5.0 and Phison E26 controllers have been retailed in Japan. CFD Gaming models offer between one and four terabytes of capacity, TLC memory, DRAM cache and a maximum write rate of 9.5 Gb/s and read rates of up to 10 Gb/s. Therefore, read more about the new SSDs, their enormous prices and the required active cooling solution below.

Intel’s Alder Lake was the first platform to support PCI-E 5.0 last year. Intel’s and AMD’s latest mainstream desktop platforms, Raptor Lake and Zen 4, are now equipped with it, although closer attention must be paid to the corresponding chipsets and motherboard models. So far, however, no manufacturers have PCI-E 5.0 SSDs in their portfolio for the end customer area that can also be purchased. That has now changed with the new SSDs from the Japanese manufacturer CFD-Gaming, which are available now.

These are said to combine read rates of up to 10 Gb/s and write rates of up to 9.5 Gb/s with 1500K IOPS and a three-year warranty. The SSDs seem to get significantly warmer compared to PCI-E 4.0, so that an active cooler has to be installed ex works. In addition to a large heatsink with a length of 45 millimeters, it also offers an active fan for cooling, which must be plugged in via a 5V connection. The CFD gaming SSDs are available in capacities of one, two and four terabytes.

16:02
Gaming PC as a great value for money: Builds for every budget, purchase suggestions and more in the video

However, the prices are also very high compared to premium models with PCI-E 4.0. The small expansion stage with one terabyte costs the equivalent of 382 euros, the middle SSD is 763 euros, while four terabytes cost 1,526 euros. A Samsung 990 Pro with 2 TB costs a comparatively low 298 euros and is one of the best models with PCI-E 4.0.

One reason for the high price of the new SSDs could also be the current situation. It actually seems to have been planned to offer PCI-E 5.0 SSDs with Phison E26 controllers for the release of the AM5 platform, but so far these have not been widely available. The CFD gaming SSDs rely on such a Phison E26, plus TLC memory from Micron and a DRAM cache of two GiB DDR4 memory per terabyte of flash memory. So far, the SSDs were listed by the Japanese retailer Kakaku, but they now seem to be sold out.

Elf Yourself: Funny family videos as a Christmas greeting

Visual novel in the world of “Alice in Wonderland” Wonderland Nights: White Rabbit’s Diary will be released next week