Researchers participating in the Breakthrough Listen program, which provides for the search for man-made signals of alien life, have received a new powerful tool – a supercomputer allocated to the project makes it possible to increase the intensity of the search and multiply the number of targets being studied. The new instrument is integrated with the largest radio telescope in the Southern Hemisphere. 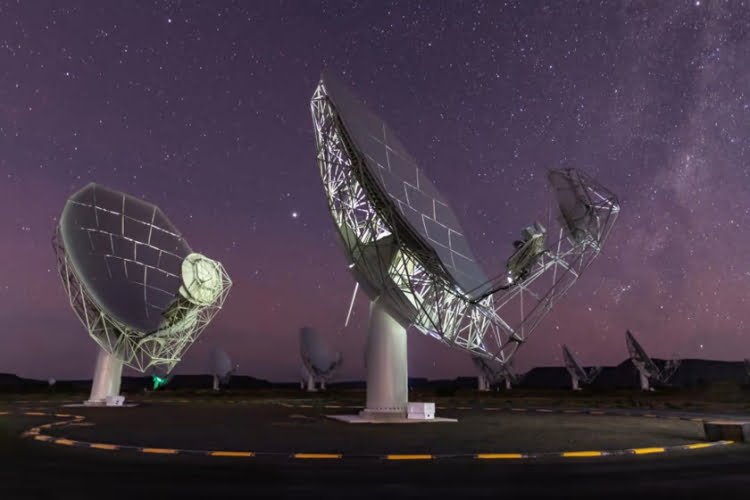 The MeerKAT radio telescope of the South African Radio Astronomy Observatory is located in a remote region of South Africa and has been analyzing information on thousands of galaxies since 2016. Its observation network includes 64 dishes tirelessly exploring the sky.

Breakthrough Listen is already looking for alien signals with the Green Bank Telescope (GBT) and Automated Planet Finder in the US, Parkes Telescope in Australia scanning space for extraterrestrial messages. On Thursday, a team of scientists announced that observations had begun with the “most powerful digital tool” ever used to search for signals and integrated with MeerKAT. The system is able to help research even without changing the position of the antennas themselves, instead using computer processing of data to “new look” at what is already visible.

The MeerKAT, which consists of 64 dishes, can cover an area 50 times larger than the US GBT telescope, says Breakthrough Listen, and the new supercomputer allows the signals from the dishes to be combined to produce high-resolution results without interfering with other astronomers using the telescope.

This will allow the Breakthrough Listen team to use MeerKAT’s capabilities almost 24 hours a day and increase the number of targets to study with it by a factor of 1,000. Among the initial targets is the nearest star to the solar system, Proxima Centauri, surrounding which the planets may be potentially habitable.

Routine Breakthrough Listen observations using MeerKAT are already underway, and the team expects to present the first scientific results in the coming months.

Things are also derailed at Google, which is laying off 12,000 people

Fortnite Chapter 4: from Geralt of The Witcher to motorcycles, the news of Season 1