Activision Blizzard: Microsoft is said to be considering legal action against an FTC lawsuit

A few days ago we received unconfirmed reports that the US FTC was planning a lawsuit against Microsoft’s proposed acquisition of Activision Blizzard. As Bloomberg reports, Microsoft could already prepare a counterclaim just in case. 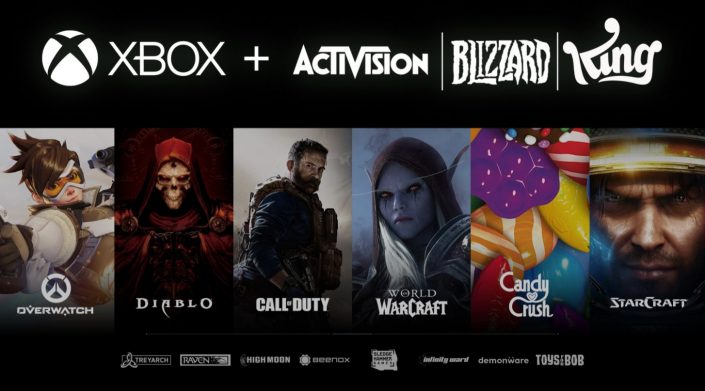 After both the EU and the competition authorities in Great Britain decided to examine the takeover of Activision Blizzard by Microsoft in detail, we reached us last week unconfirmed reports another potential setback.

It was said that the US Federal Trade Commission (FTC for short) is preparing a so-called antitrust lawsuit against the approximately 69 billion US dollar takeover. Experts are still divided on whether the entire deal should be overturned or whether concessions should simply be wrested from Microsoft. According to a recent report by Bloomberg, however, Microsoft’s legal department is already preparing for the possible antitrust lawsuit by the FTC and is considering its own legal action.

These are to be initiated if the Federal Trade Commission does indeed file a lawsuit.

Microsoft at an advantage in a lawsuit?

According to analyst Jennifer Rie, who deals with antitrust lawsuits in the United States, Microsoft could literally have more leverage in the event of a lawsuit or counterclaim, since it is quite difficult to win antitrust and antitrust lawsuits in the United States. However, a legal battle between Microsoft and the FTC could result in the acquisition of Activision Blizzard being further delayed and not being able to be completed by June 30, 2023 as planned.

Despite all the adverse circumstances, Microsoft and Actvision Blizzard remain optimistic that the biggest takeover in the history of video game history will ultimately be given the green light. However, Activision Blizzard also recently emphasized that the publisher is willing to fight for the takeover to be carried out in case of doubt. Testifywhich are likely to include appropriate legal action.

However, it remains to be seen whether the Federal Trade Commission will file an antitrust lawsuit at all. An official statement from the US competition authorities on the current reports is still pending.

PlayStation Plus, November's free games: last hours to redeem them on PS4 and PS5

Pedrinho does not want to return to Shakhtar

These are the reasons to get rid of your smartphone!