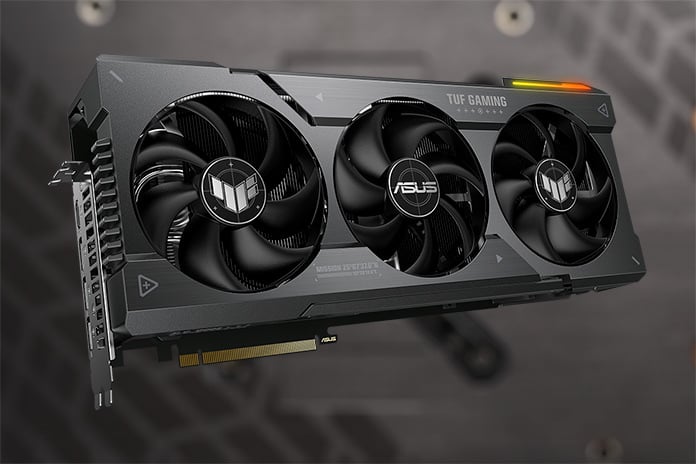 12/05/2022 at 11:41 am by Maximilian Hohm – Asus has added the technical details of the new TUF models with the exact clock rates. Depending on the model and BIOS version, the manufacturer uses between 2.6 and 8.7 percent more clock than AMD’s manufacturer specification. Therefore, read more about the new TUF models from Asus below and what other changes they can offer compared to the reference design.

On 13.12. AMD’s new Radeon RX 7900XT and RX 7900XTX should come onto the market. So far, several custom models and the reference design have already been presented, but the information on the graphics cards remains thin on the part of the AIBs. Asus is the first manufacturer to provide more information about the upcoming TUF models that were announced in November. The TUF models rely on a cooler design that is very similar to that of the Geforce RTX 4000 models and has a 3.6 slot cooler with a length of more than 35 centimeters.

In contrast to the reference design, Asus does not only install two eight-pin sockets, but three, so that the cooler would be confronted with a theoretical waste heat of over 500 watts when fully utilized. So far, an OC and a standard version of the TUF models seem to be planned, which should differ in their clock speeds. The graphics cards in turn have a dual BIOS consisting of a default mode and an OC mode with higher clock rates.

The Radeon RX 7900XTX, on the other hand, is already between 2,395 and 2,565 MHz in the default BIOS, while it is 2,455 to 2,615 MHz in the OC-BIOS. Since these are only the clock rates specified by the manufacturer, it can be assumed that the graphics cards can again achieve higher clock rates in practice due to the powerful cooler. With the Radeon RX 6900XT, Asus has a TUF top edition in its range, for which there would still be room in the portfolio for RDNA 3 as soon as the yields are good enough.

Aroged: Intel could please the authorities of Vietnam with investments in the amount of $3.3 billion

Microsoft and Activision: also Fallout and Elder Scrolls on PlayStation to convince the FTC, says Pachter

PlayStation Store in the commercial with Mara Maionchi: between God of War and 'cocchi di nonna'