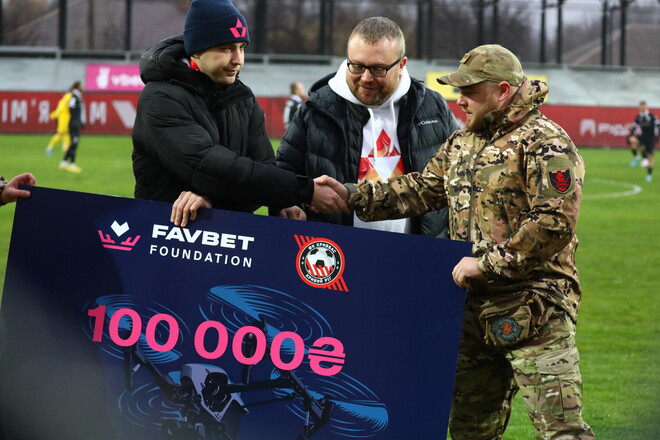 The Favbet Foundation donated 100,000 UAH. for the unit, which includes one of the employees of FC “Kryvbas”. Previously, the man filmed the games of the club with the help of a drone, today he joined the ranks of the Armed Forces of Ukraine and applies his skills in aerial reconnaissance.

Donat Favbet Foundation will purchase a modern Matrice 300 drone for reconnaissance to adjust fire. With its help, the fighters of the unit will be able to perform combat missions faster and more efficiently.

The fund’s team donated funds during the Kryvbas match in Krivoy Rog, which is only 80 km from the front line. Recall that the Favbet company for the 2022/23 season has become the official partner of the Kryvyi Rih club.

Favbet Foundation is a charitable foundation founded in 2020 by Favbet that supports initiatives in the field of education, health and sports development of young Ukrainians.

With the outbreak of war, 95% of the fund’s projects were reoriented to help the country and the army. With the assistance of the Fund, the Armed Forces of Ukraine regularly receive vehicles, modern military equipment and other things necessary at the front.

The Grinch becomes a horror film - first trailer is here!

Among Us: news coming to The Game Awards 2022, say the authors