So far, the US electric car market is inferior in size to both Chinese and European ones, but plans to capture it are already being made by local auto giants represented by GM and Ford, who are haunted by the success of Tesla. Currently, Tesla is the leader, and the biggest rival of Elon Musk’s company in the local electric car market remains the South Korean Hyundai Motor Group, which controls 9% of the segment. 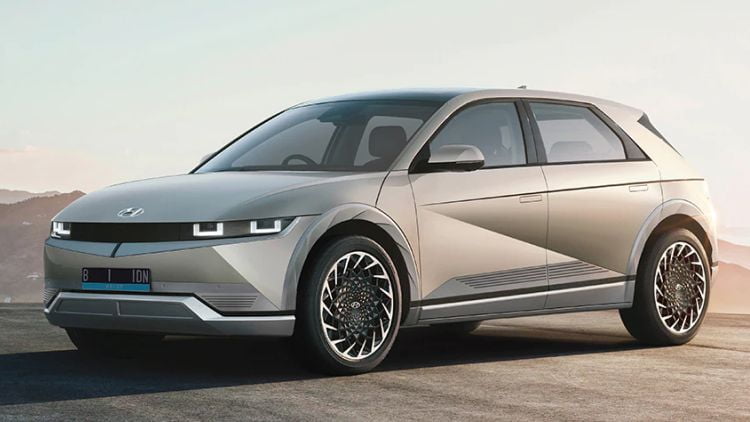 This is evidenced by recently published data from the S&P Global Mobility study, which covers the period from January to September of this year inclusive. Subsidiary brand KIA is actually ahead of the parent brand Hyundai, since in the US market it occupies 5% according to the results of the specified period against 4% for the latter. This allows KIA brand electric vehicles to take third place, and Hyundai shares fourth with local old-timer General Motors. Formally, Ford Motor is in second place with 7% of the electric car market, but collectively related Korean brands are still pushing it out of this position.

Tesla leads the US by a wide margin with 65% of the market. The world’s second-largest automaker, the German concern Volkswagen, is content with only 2% of the electric car market in the United States, and Audi’s subsidiary controls the same amount. Excluding Tesla from the sample, Hyundai and KIA account for 35% of the US EV market, Ford comes in second with 28%, Chevrolet comes in third with 16%, and Volkswagen comes in fourth with 8%. With this distribution, the KIA brand alone holds 19% of the US electric vehicle market and second place, second only to Ford, and Hyundai will be in fourth place with 16% of the market.

Until now, Korean-brand electric vehicles have been exclusively imported into the US, which puts them at a disadvantage in terms of tax credits for local buyers opting for US-built electric vehicles from next January. A $5.5 billion Hyundai Group electric vehicle assembly plant will be built in Georgia.

Actually, November was the best month for the products of the Korean concern in terms of sales of electric vehicles in the United States. Over the past five months, sales have grown by two- and three-digit percentages. Only 19,391 KIA electric vehicles have been sold in this country since the beginning of the year. The IONIQ 5 electric car is also very popular in the US, with 21,262 units sold since the beginning of the year. It is noted that this model is willingly bought by the former owners of Japanese crossover brands. IONIQ 5 buyers in the US also include former owners of the American Chevrolet Volt and Jeep Wrangler.

Between 2022 and 2034, S&P Global Mobility forecasts Hyundai and KIA to come in sixth place behind Tesla in cumulative electric vehicle sales. The corresponding indicator of the Korean industrial group will reach 5.25 million pieces. Tesla will lead the way with 11.15 million electric vehicles, GM will take second place with 10.61 million units, Ford Motor will settle for third place with 8.54 million electric vehicles sold, Stellantis will come out in fourth place in the US (6.77 million units), and fifth will be Toyota Motor, which by then sells 5.93 million battery electric vehicles. So far, the Japanese giant, which is considered the world’s largest automaker, has shown little activity in the electric car market, but hopes to quickly catch up if necessary. By the middle of the next decade in the US market, Korean electric car manufacturers will be ahead of Volkswagen, Honda, BMW, Mercedes-Benz and the Nissan-Mitsubishi-Renault alliance.

Aroged: The President of Vietnam will hold talks with the head of Samsung on expanding the company's presence in the country

Aroged: The PC version of The Callisto Protocol suffers from huge optimization problems – gamers have already brought down the user rating of the novelty

Manages to recover. Varan will play at the 2022 World Cup