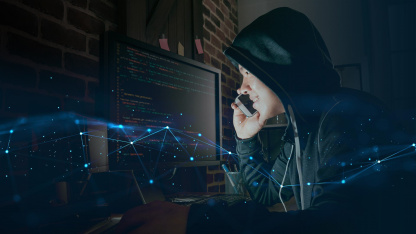 “Kaspersky Lab” conducted a study on what “digital” superstitions Russian Internet users believe in. So, according to the company, the most popular myth was the ban on answering strangers on the phone with the words “yes” or “no”. 75% of respondents believe in this. As he writes “Gazeta.Ru”, the motive for this belief was the belief that scammers can record the conversation and use the user’s response. But experts note that only voices will not be enough to conduct transactions with funds on accounts. The second most common (60%) is the misconception that if a site uses HTTPS, then it is a guarantee that it is official. However, phishing pages may also have a security certificate. And it performs the same functions as real resources: it encrypts data between the user and itself. Also, 57% of respondents are sure that resetting to factory settings allows you to delete all information on your smartphone. Unfortunately, deleted data can be recovered. Only overwriting new information will help to remove them completely. In addition, many Russians believe that the “Incognito” mode provides complete independence, and the disconnected Internet excludes infection with viruses. Both statements are also erroneous. Image “Gazeta.Ru”. More on Igromania Nokia will be able to supply its products to Russia under contracts The creators of Knights of Honor 2: Sovereign before the release showed the gameplay of Star Wars Jedi: Survivor will be released on March 16, 2023 The orchestra performed an overture from the compositions of the Hogwarts Legacy soundtrack

Aroged: The United States still decided to supply Patriot air defense systems to Ukraine as part of the next military aid package

OnePlus 11: these are the specifications of the Android smartphone