Telecom operator MTS announced the launch of the decentralized MTS Fog Play service, which allows owners of gaming PCs to rent out the computing power of their machines to those who want to play in the cloud, and the renters themselves can determine the prices. According to Vedomosti, the operator himself will earn on commission. 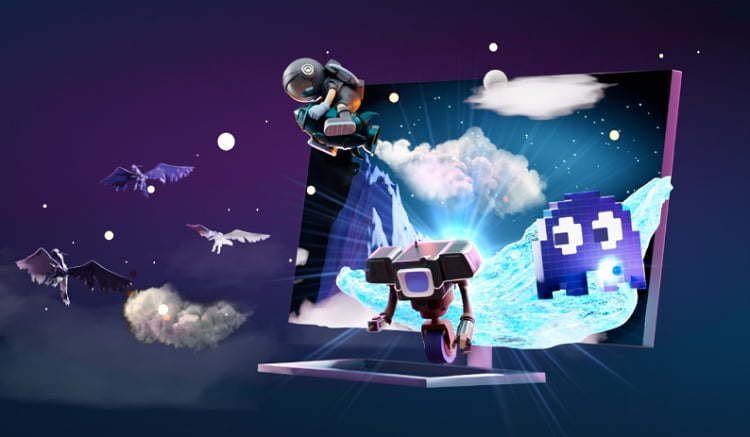 Even “heavy” games with high system requirements with “high latency requirements” will be available to tenants – on PCs, laptops, smart TVs, Android consoles and even smartphones. At the same time, “foggy” gaming, as it is called in MTS, provides resolution up to 4K with a frequency of up to 60 frames / s.

While the service is running in test mode and it seems that the offer is not too high, the number of games is also limited. It is noteworthy that the platform allows you to save progress in games. Of the available options, the cost of tariffs is 13-19 rubles per hour. It is important that the user can refuse to pay if the quality of the gameplay does not suit him – if he leaves the game within 5 minutes, the money will be returned to the card.

Among other things, the landlord will have to register on the platform, install the necessary system software, a special MTS application, a library with games, and software to save the computer’s state by default. In addition, you will need to set the rental price and activate the PC on the platform.

It is noteworthy that the system requirements for rented computers are quite democratic – it is enough to have a computer with Windows 10 or 11, an NVIDIA GeForce GTX 1070 or AMD Radeon RX 580 or higher graphics card, and an Internet connection with a speed of 20 Mbps for incoming and outgoing outgoing connection. After registration, the user will have to go through preliminary moderation.

MTS is confident that this type of decentralization will allow installing a server in almost every urban area, and the more users will participate in the project, the lower the signal delay will be.

The operator is confident that MTS Fog Play will be MTS’ first step towards Web 3.0, with which the company becomes an intermediary aggregator between a decentralized network of user computers. In theory, this will help to cope with the “diseases” of traditional cloud gaming, in which data centers are located far from the players, which affects the quality of the gameplay. However, while the ping, according to the site, can be literally thousands of milliseconds for each of the computers offered, and the machines are not always free.

Diablo 4 will be open world and offer freedom to the player, but the focus will be on the campaign

Ed Boon: NetherRealm isn’t ready to announce its next game just yet

Meta Quest 2 and Black Friday: Resident Evil 4 VR as a gift for those who buy the viewer