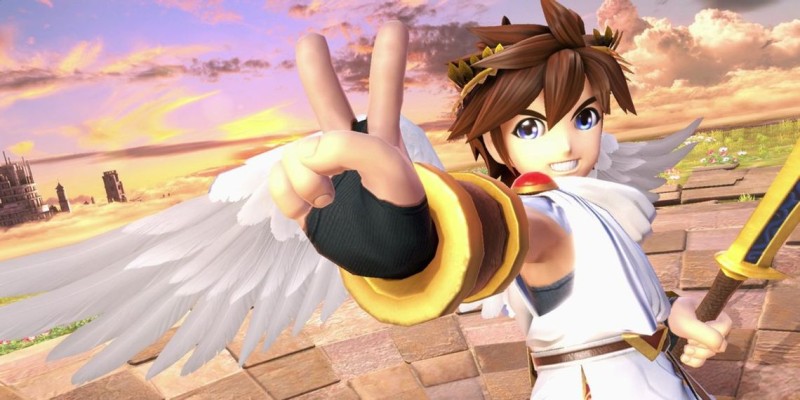 Popular streamer Ludwig has announced the launch of a brand new Super Smash Bros. tournament dubbed the Scuffed World Tour. This is how he decided to respond to the recent cancellation of the Smash World Tour. The content maker even promised a total prize pool of $50,000.

An unofficial tournament known as the Smash World Tour was canceled earlier this week due to Nintendo withdrawing support for the event, stating that “any partner we grant a license to must meet our high standards when it comes to health and the safety of our fans.” 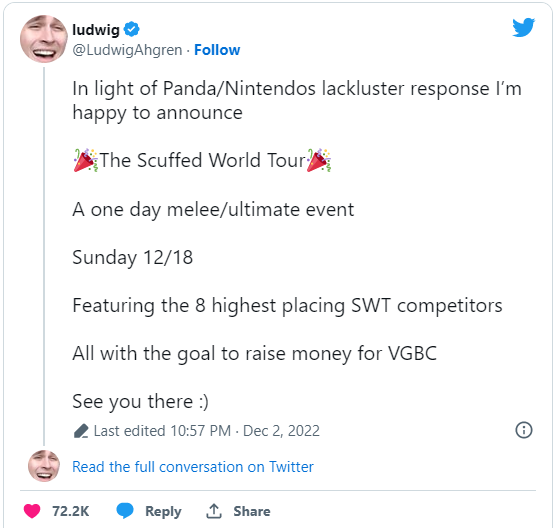 Ludwig quickly filled the void left by Nintendo by launching the Scuff World Tour in response to the cancellation of the previous championship. The tournament will take place in just a couple of weeks, on December 18, 2022. This will be a one-day event for Super Smash Bros. Melee and Super Smash Bros. ultimate. The purpose of the championship is to raise funds to support the Video Game Boot Camp – intensive programming courses for video games.

The Game Awards 2022: here is the trailer of the event

BioWare showed an in-game video from Dragon Age: Dreadwolf - it introduces the main villain and prepares for a new battle

Fernandinho and Vitinho without a trophy. Flamengo won the Copa Libertadores

Xbox Store, Gold and Game Pass: top-ups and subscriptions are on sale on Amazon