VIDEO. It won’t work like that anymore. 16 years ago Ronaldinho cleverly scored against Werder Bremen 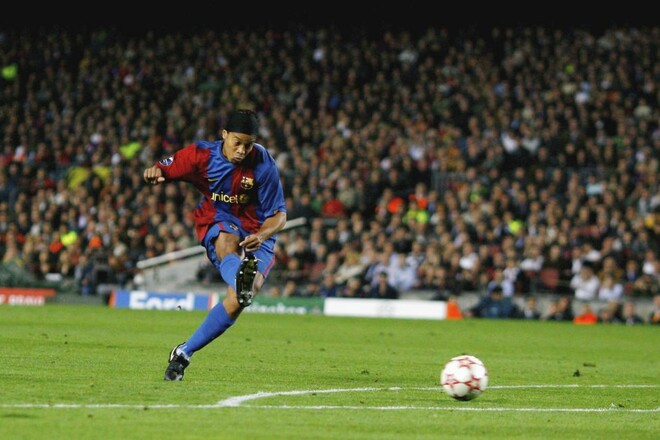 On December 5, 2006, Barcelona hosted Werder Bremen in the sixth round of the Champions League group stage.

The score in that meeting was already opened by the magician in the 13th minute Ronaldinho. The 2005 Ballon d’Or winner deceived the German club’s players by shooting a free-kick under the wall, while the players in white and green jerseys traditionally jumped up. Now such a trick is much more difficult to pull off, many teams have come up with a simple tactic against such blows, when one of the players lies down on the lawn behind the wall.

Five minutes later, the final score in this meeting was set by Eidur Gudjohnsen, Barcelona beat the Germans by one point in the standings and took second place behind Chelsea. In the playoffs, the Catalan club was stopped by Liverpool already in the 1/8 finals.

12 years ago, Ronaldinho “raised” the wall in #Champions League 😏 pic.twitter.com/JeYfybMDKh

Fuser - soon the lights will go out