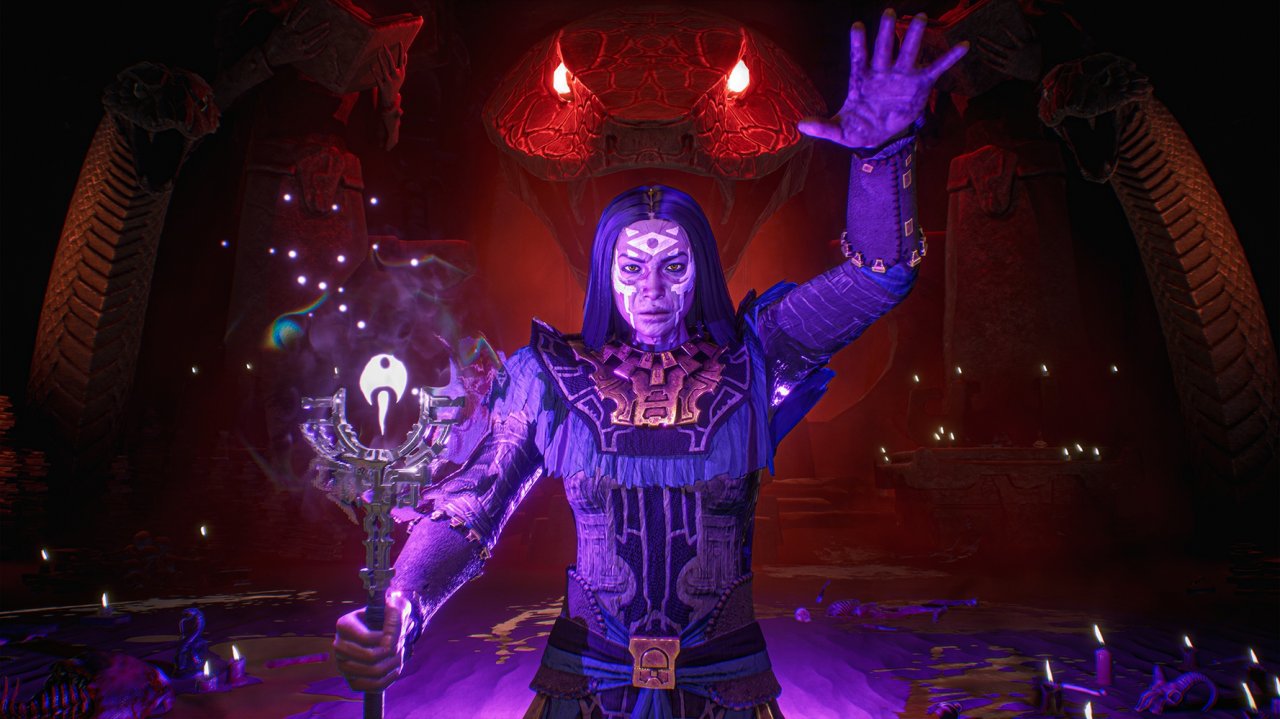 Funcom has announced the availability of Chapter 2 from Conan Exiles: Age of Sorcery, with lots of new content that will enrich the latest version of the beloved Conan-themed survival. A trailer has also been released to celebrate, showcasing the many additions:

Let’s read what they are all new content main:

Headhunting
The world of Conan Exiles becomes increasingly dangerous and full of new adventures. The advent of sorcery has not gone unnoticed by newcomers to the Exiled Lands, and interest is high for anyone foolish enough to hunt down sorcerers. Find their camps scattered around the world and accept the proposed bounties.
Search the land for NPC sorcerers and capture them dead or alive. A skull is fine too, but for a wanted man alive the reward will be higher. Get valuable resources, armor and more.

Witch Hunt meeting
As you explore the world, keep an eye out for the new Witch Hunt encounter, with one sorcerer to defeat from among four available variants. Succeed in eliminating one of these bosses to get a rich reward.

Twitch Drop
From now until January 3 at 14:00 UTC, you can watch Conan Exiles streams on Twitch to receive free exclusive rewards. All you have to do is connect your Twitch account to Conan Exiles using the appropriate button in the game menu.

Before leaving you, we remind you that Conan Exiles is available for PC, PS4, PS5, Xbox One and Xbox Series X / S.

Waze has arrived on Android Automotive and will conquer

Repeated Shovkovsky's record. Morocco goalkeeper is the hero of the match