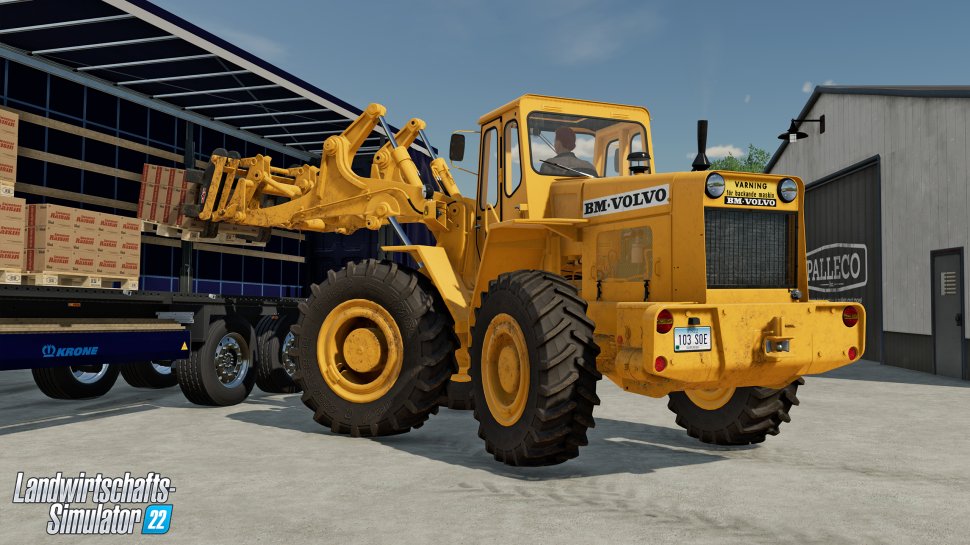 December 6th, 2022 at 2:01 p.m. by Andreas Link – The developers of Farming Simulator 22 have published the timetable for Season Pass 2. It also includes a new map and new crops.

Giants Software has announced Season Pass 2 for Farming Simulator 22. That shouldn’t come as a big surprise to most virtual farmers and foresters. The developers ran the first hints about the release periods of the next four additional content and the extension. The publication of the total of five pieces of content will be spread over the entire year 2023; an expansion and a bonus vehicle are also planned:

Roadmap of the second season in Farming Simulator 22

Compared to last year’s Season Pass, players will receive an additional package this time; but they will be particularly pleased that new crops are planned. But you don’t want to reveal any details. It is quite possible that the promised new menu will focus on the new fruit varieties. As in the first season, however, you will probably have to wait until the expansion and it will not appear until the end of 2023. Until then you have to indulge in the timber industry, which was expanded in the first expansion. As a bonus, every Season Pass buyer gets the BM-Volvo LM 845, the first articulated wheel loader produced by Volvo, for immediate use. According to Giants, the Season Pass is 30% cheaper than buying it individually.

“We’re far from finished with Farming Simulator 22 (buy now),” assures Boris Stefan, Head of Publishing at Giants Software. “We’re introducing even more machines, mechanics, and brand partnerships for our dedicated community to look forward to in the near future. With over four million copies sold since initial release, we have all the more reason to upgrade the second Season Pass with even more content than before .”

Finally, there is a review of the first year with Farming Simulator 22. “In the Farming Simulator 22 product cycle, Giants Software released three packs and one extensive expansion as part of the Year 1 Season Pass. In addition, gamers were happy about several free ones Content updates, two free DLCs, a bunch of new standalone machines, and the third-party Pumps N’ Hoses pack.”

How do you find the development in the LS22? Use the comment function and let us know what you think. You would need to be logged in to PCGH or the Extreme forums to comment. If you don’t have an account yet, you could consider registering for free, which has many advantages.

Tinder: an option to avoid your ex and your colleagues on the application

Aroged: Media: Germany has approved the delivery of 178 Leopard 1 tanks to Kyiv, but most of them will arrive only in 2024

Netflix: New rules for account sharing – why back down? What did it say?

Epic Games Store and free PC games: the gifts of 27 and 28 December have already been revealed

Samsung intends to increase production of chips at its largest plant, despite a likely slowdown in the economy