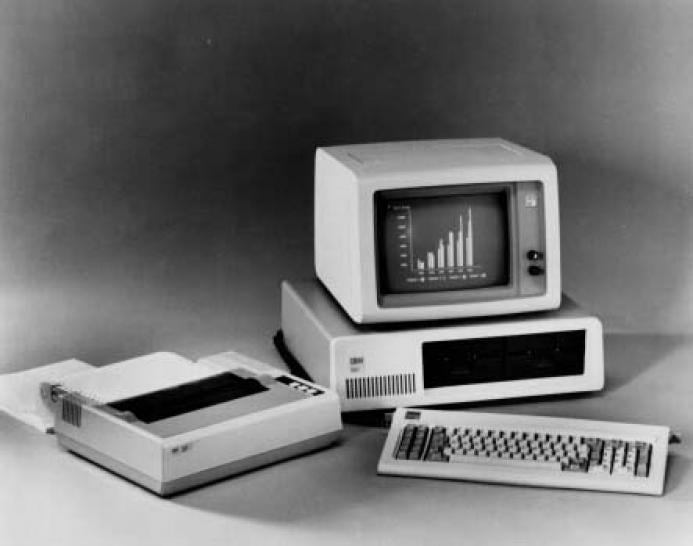 December 7th, 2022 at 12:01 am by Henner Schröder – Microsoft discovers the Internet and Lenovo buys IBM’s PC division – on December 7th. Every day, PC Games Hardware dares to take a look back at the young but eventful history of the computer.

…1995: It is a belated change of direction at the software giant Microsoft: On December 7, 1995, at a meeting lasting several hours in Seattle, Bill Gates swears in the board of directors on the company’s new Internet strategy. For years, Microsoft had just watched the Web evolve, ignoring the opportunities and giving way to other companies like browser leader Netscape. That’s about to change: Microsoft is acquiring a license for Sun’s Java and other browser technology, the new Internet Explorer 2.0 is being offered free of charge for several platforms, and the ailing Microsoft Network (MSN) has been converted into a web portal in line with the current trend. Everything is aligned with the growing network – better late than never.

…2004: IBM announces on December 7, 2004 that it will sell its entire PC division to the Chinese company Lenovo, which had previously only acted as a manufacturer. With this $1.75 billion deal, IBM is exiting the market it created more than 20 years ago. The competition from Dell and other providers became too strong, PC sales are no longer profitable for IBM. This marks the end of an era – from now on the PC thrives without its inventor.

… 2011.1: Somewhat surprisingly, the sequel to the indie hit Trine, logically called Trine 2, is available on Steam from today. The developer Frozenbyte had originally only spoken somewhat vaguely of “December 2011”. In Trine 2, the magician Amadeus, the thief Zoya and the knight Pontius set off together again – each with specific abilities that need to be used sensibly: Depending on the puzzle or situation, boxes or planks want to be summoned, high places climbed, goblins scared or walls are torn down – and much more. Various physical brain teasers such as diverting water so that plants grow, which can be used as springboards, are particularly ingenious. While you only control one character at a time in single player mode, each character can be controlled by one player in co-op mode. It’s easier, but it’s at least three times as much fun.

… 2011.: AMD and Nvidia each announce several “new” notebook GPUs on this day. New in quotation marks because these new models are not about new technology, but about old wine in new bottles. The new Geforce M cards are called GT 610M, GT 630M and GT 635M and are therefore the first of their kind. Like AMD, Nvidia does not inform the German press either, the cards were released “silently” – since the early morning the specifications can be found on the official Geforce website. AMD also secretly released the Radeon HD 7400M, the HD 7500M and the HD 7600M. The underlying architecture is that of the HD 6800 in the desktop segment. This means that the GPUs rely on VLIW5 and are manufactured in the 40-nanometer process. At least as far as speed is concerned, the cards are nominally up and the UVD3 is also present, in contrast to the models in the HD 6000M series.

Olivier Giroud: Argentina? This team has more than just Messi.”

FIFA 23 still at the top, Horizon Forbidden West returns to the podium: the new UK ranking

Sons of the Forest: Release Date becomes Early Access, it’s not complete yet