Google has announced the December 2022 update for its Pixel Watch. Two months after its launch, the connected watch continues to improve. 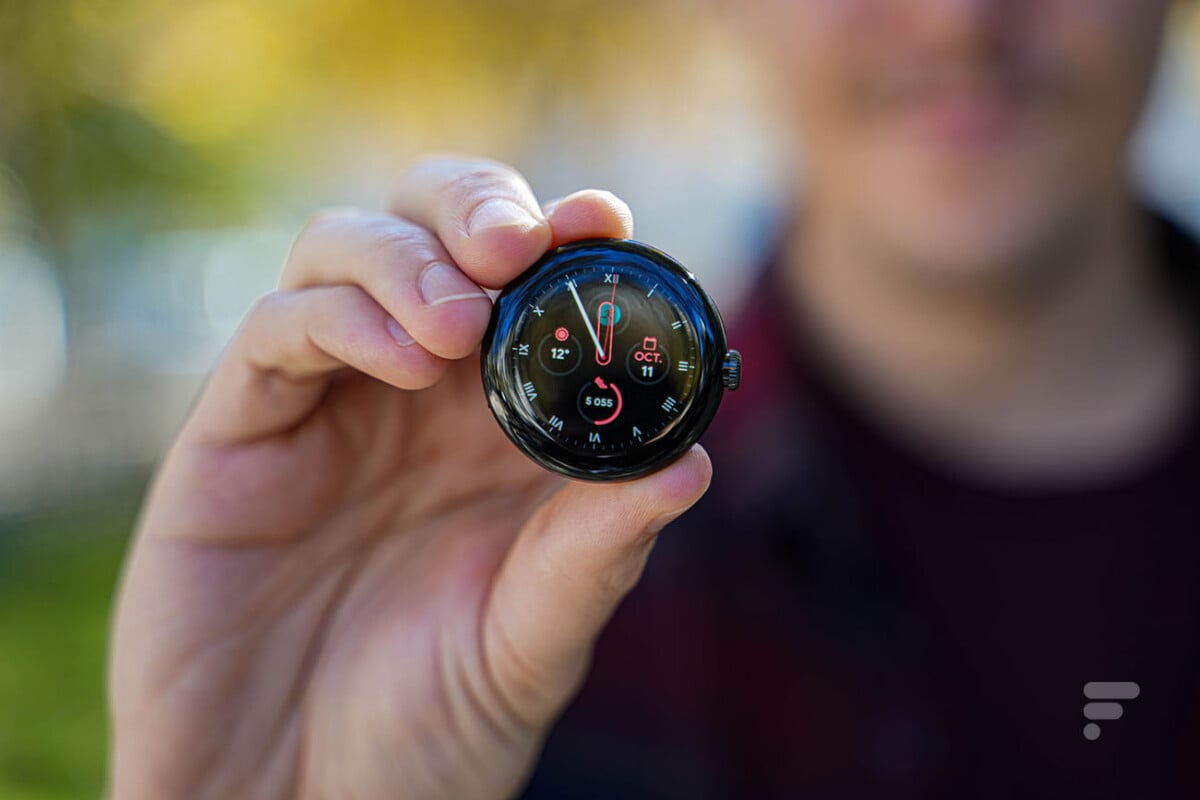 Definitely, we cannot say that Google is dragging its feet with its Pixel Watch. Since the release of its first connected watch in mid-October, the manufacturer has multiplied feature announcements and updates. After announcing the use of NFC for the validation of transport tickets or the integration of Fitbit sleep profiles, Google has announced the upcoming arrival of a major update for its Pixel Watch.

In the Google forums, the firm has indeed announced the arrival of the December 2022 update for the Google Pixel Watch. An update that logically comes with its share of bug fixes, but also with some interesting features for users.

On the patch side, Google is tackling three areas that could cause problems: calls, watch faces, and workouts with the Fitbit app. For calls, version RWD9.220429.070 of the Pixel Watch will improve calls going through the HFP protocol. As a reminder, it is this Bluetooth protocol that will allow the use of headphones, earphones, a speaker or, in the case that interests us, a connected watch, to capture your voice and transmit it to the smartphone.

For watch faces, Google is announcing another fix for cases where “complications aren’t displaying data correctly,” without elaborating. Finally, some users had noticed that workouts with the Fitbit app could sometimes stop on their own after a certain time. Again, the update fixes this problem.

Although the Pixel Watch has been full of new functions since its release, Google’s first connected watch is still missing a number of features. This is the case, for example, of programming sleep mode to prevent the screen of the toquante from turning on in the middle of the night. This sleep mode can unfortunately only be activated and deactivated manually and, unlike competing models, cannot be scheduled at fixed times.

VIDEO. Bisicleta! Crazy goal by a Montpellier player. Results of the tour in France

The free game on the Epic Games Store on December 15 is rated higher than the best indie game of 2020!

Splinter Cell Remake: first images shown on the occasion of the 20 years of the series