Portal 2 is now more than eleven years old. A possible successor is still in the stars, an announcement is still pending despite fan pleading. However, the author has now revealed in an interview that he is already thinking about a possible Portal 3. 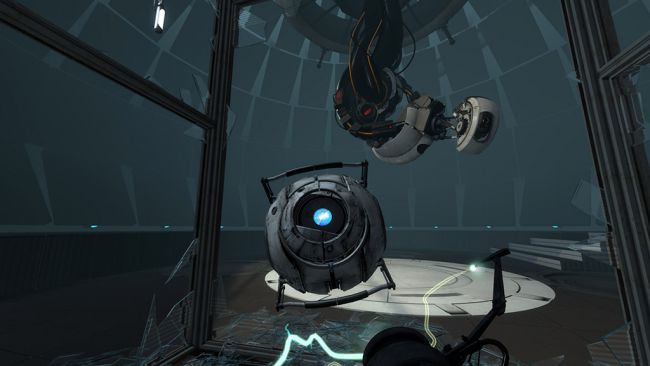 GLaDOs, Wheatley and the Portal Gun. These three inconspicuous elements made the first-person puzzler Portal 2 a hit in 2011, which still has a loyal fan base today. The title is often mentioned in the best games of all time, or at least the 2010s. Where there are many followers, there are of course also many questions about a successor. But Valve just doesn’t have it that much with third parts and accordingly we are still waiting in vain for an announcement about Portal 3.

But that doesn’t stop author Erik Wolpaw from already talking about his ideas for the highly hypothetical successor. According to an interview with DidYouKnowGaming, he and his co-writer Jay Pinkerton have an idea that they think is “on the whole pretty awesome”. More details or even a script do not yet exist, but they are quite satisfied with the starting point.

Wolpaw goes on to say that someone has to come up with new puzzles accordingly. However, there has not yet been a pitch or other more concrete plans. According to Wolpaw, the internal processes at Valve are partly responsible for this, the employees of Gabe Newell’s studio are always “pulled into other processes” and therefore have little time for pitches. Also, there isn’t really a formal pitch process.

So no, Wolpaw didn’t have a confirmation for Portal 3 in his luggage, and we don’t have to hope for an early announcement for the time being. But at least it’s good to know that the team is still clinging to the idea of ​​eventually continuing the story. Whether Half-Life 3, Team Fortress 3 or Portal 3 sees the light of day first, this is a case for the crystal ball.

The two Valve classics Portal and Portal 2 will now make the leap to the Nintendo Switch in 2022.

Theatrical trailer for Sea of ​​Thieves - Next Adventure presented

PHOTO 18+. Argentine women who bared their chests at the 2022 World Cup final were arrested