EA has announced the first gameplay trailer for Star Wars Jedi: Survivor. It should appear in a few days and contain new information about the combat system, which will be very similar to its predecessor. 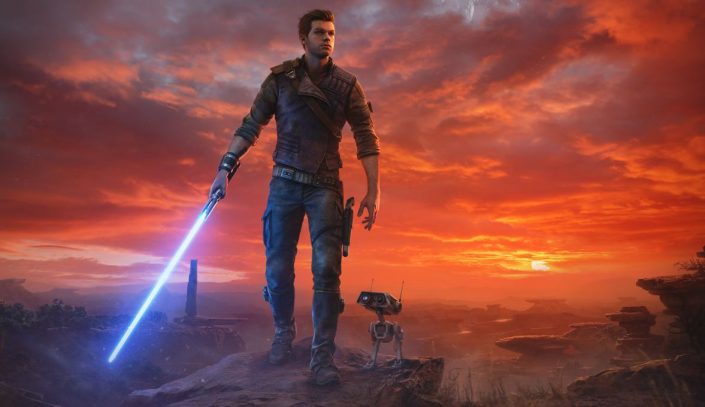 Star Wars Jedi: Survivor, the sequel to 2019’s hugely popular Star Wars Jedi: Fallen Order, was announced back in May this year. Since then, however, apart from a cinematic teaser trailer and isolated updates from the developers, we have not received any information about the new adventure in the “Star Wars” universe.

Only recently, however, was a release date revealed via the game’s official Steam page. According to this, “Star Wars Jedi: Survivor” will be released on March 16, 2023.

In addition, EA has now announced a first gameplay trailer for Cal Kestis’ latest offshoot on the official “Star Wars” Twitter account. It is to be shown at a forthcoming event.

In the tweet, EA speaks of an “action-packed gameplay” that is to be shown to us in the new trailer. He will be featured at the Game Awards, which will be held in Los Angeles on December 8, 2022. For us, because of the time difference, the show starts on December 9th at 1:30 in the morning. Host Geoff Keighley confirmed EA’s announcement on his own Twitter account.

It is unlikely that we will also find out new details about the story in the trailer. He should mainly focus on the gameplay of the new space action RPG. It is already clear that “Star Wars Jedi: Survivor” takes place five years after the first part and at the same time as the Obi Wan Kenobi series.

Protagonist Cal must do whatever it takes to survive in the Empire controlled galaxy as he is one of the last surviving Jedi. However, further details about the story will certainly be announced before the release, as the first teaser trailer has raised some unanswered questions.

Ledger or Trezor: why opt for a cold Wallet to secure your cryptos after the FTX scandal

MLB The Show Ranked 23 in Brazil: Is Sony San Diego Series Coming Back?