Shortly before the release of the complete edition of “The Witcher 3: Wild Hunt” we received further details about the improvements offered. As confirmed by CD Projekt, your four-legged companion Roach will be given smaller new abilities. 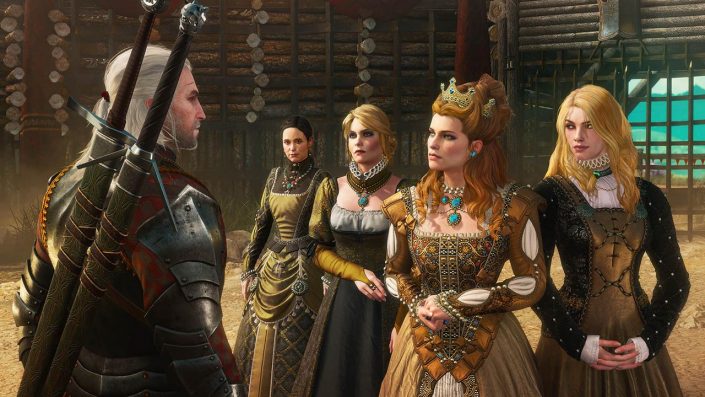 This month, hit fantasy RPG The Witcher 3: Wild Hunt is known to be getting a major upgrade for current-gen consoles.

Eurogamer’s English-speaking colleagues recently had the opportunity to visit the developers at CD Projekt and take a closer look at the PlayStation 5 and Xbox Series X/S versions of The Witcher 3: Wild Hunt. They received confirmation that Geralt’s four-legged companion Roach was also undergoing a revision and that in the new version, for example, it should no longer regularly get stuck in objects or otherwise let Geralt down.

In addition, Plötze is given smaller new skills that will make a difference in practice that should not be underestimated.

CD Projekt: “The Roach can now walk backwards. Or actually: when Roach is standing, there is even now a hidden button that he can use to exit. In addition, Roach now raises his head when you are in the water.” In addition to the revision of Roach, the developers promised further adjustments and surprises that are deliberately not listed in the official changelog.

Instead, the players should discover the smaller improvements themselves. Finally, it was noted that CD Projekt is drawing a line under The Witcher 3: Wild Hunt with the PlayStation 5 and Xbox Series X/S upgrade. Although updates are being considered that will eliminate possible bugs, otherwise the internal focus will be shifted to the future of the series.

The Witcher 3: Wild Hunt Complete Edition will be released on December 14, 2022 for PlayStation 5 and Xbox Series consoles. If you already own Geralt’s last great adventure for the PlayStation 4 or Xbox One, you can download and play the respective upgrade at no additional cost.

You can find out what technical and graphical improvements are offered on the consoles of the current generation here.