Warner Bros. Games and Avalanche Software Release Overture to the Unwritten Orchestral Music Video: The video features gameplay footage from Hogwarts Legacy, out February 10, 2023, set to music by the 54-piece orchestra. Players will experience life as students at Hogwarts School of Witchcraft and Wizardry like never before as they embark on a perilous journey to uncover a hidden truth of the wizarding world. 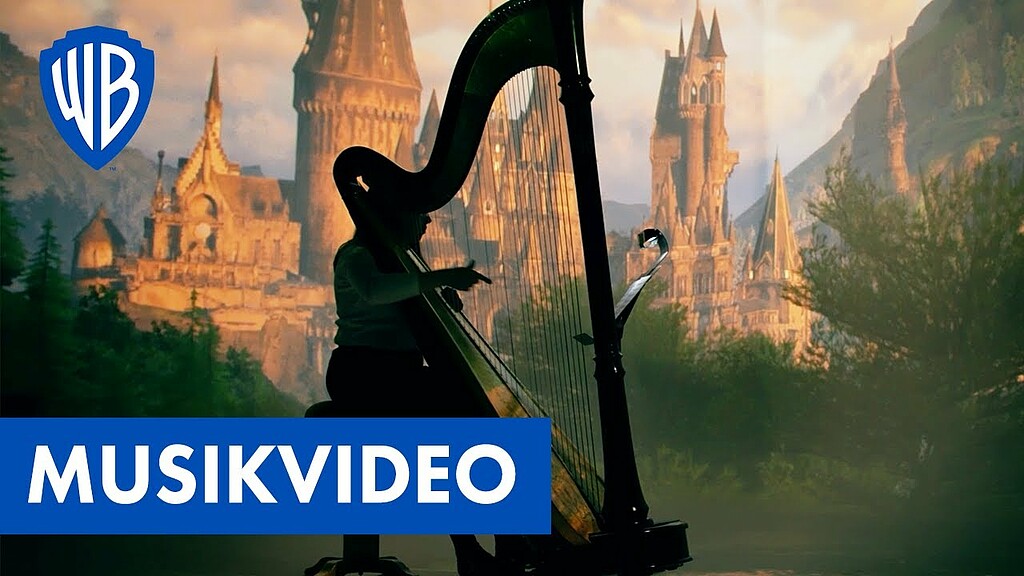 Local studio musicians from Avalanche Software’s home state of Utah are involved in “Overture to the Unwritten”. These include choir and orchestra members from the University of Utah, BYU and the Salt Lake Symphony Orchestra, as well as renowned artists Nicole Pinnell, Nicole Klossner, Ryan Shupe, Abe Kaelin, Bart Olson, John Knudsen and Dune Moss. The video, which was filmed at Big Idea Music Studios in Sandy, Utah and at Media Grabbers in North Salt Lake City, Utah, features the original composition by composers Chuck E. Myers “Sea”, J. Scott Rakozy and Peter Murray, performed by a 54-piece orchestra conducted by Nathan Hofheins.

Projected behind the orchestra and inserted into the music video, the original gameplay footage shows Hogwarts Castle and the vast surrounding areas, including Hogsmeade. The orchestral song evokes a magical melody reminiscent of the wizarding world while also evoking an older song from ancient lore.

As of yesterday, fans can stream “Overture to the Unwritten” or purchase it digitally. All additional music from “Hogwarts Legacy” will be available on Hogwarts Legacy (Original Video Game Soundtrack) on release date. Additionally, songs from the game will be featured on a second album entitled Hogwarts Legacy (Study Themes From the Original Video Game Soundtrack), an album that focuses on relaxing ambient and relaxation music, ideal for classroom study in Hogwarts or other schools. Both albums are published by WaterTower Music and are available on all digital streaming services.

Packed with enthralling magic, Hogwarts Legacy puts the player at the center of their own adventure. As new fifth year students at Hogwarts School of Witchcraft and Wizardry, they learn skills to harness powerful and ancient magic. Players experience an unwritten story and embark on a perilous journey to uncover a secret truth of the wizarding world. As the adventure progresses, the character’s abilities will evolve by mastering powerful spells, brewing potions and harvesting magical plants to survive against deadly foes. Along the way, players will meet new friends to accompany them, interact with the school’s teachers, and face threats that can jeopardize the future of all witches and wizards.

Rumor: “Oppenheimer” and “Indiana Jones 5” will be shown in Cannes

Official: Microsoft offered Sony a deal for Call of Duty and called the Japanese company a "loud adversary"