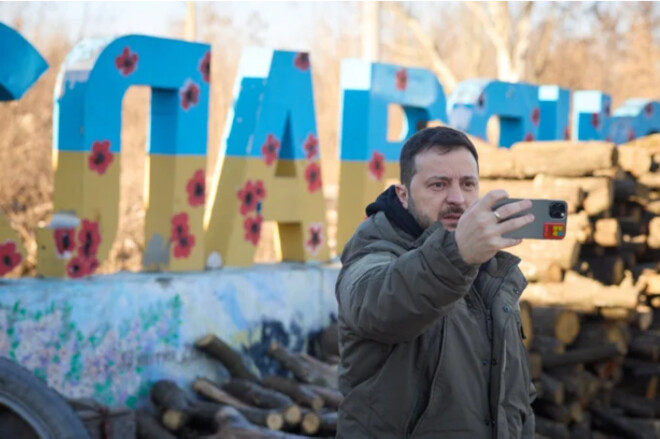 On December 6, President of Ukraine Volodymyr Zelensky arrived in Donbass, where he congratulated Ukrainian soldiers on the day of the armed forces of Ukraine.

Zelensky recorded an appeal near the city of Slovyansk, which is located near the front line.

“I meet this day on the front line with our fighters. In the Donbass, the combat zone has become larger and the fight harder. But the courage of the Armed Forces of Ukraine remains unchanged.”

TETE on first Premier League goal for Leicester: ‘What a magical debut’

Maguchikh, Gerashchenko and Levchenko took medals at tournaments in France and the Czech Republic

He will easily win. Eddie Hearn named the clear favorite in the fight Lomachenko – Haney

“70+30 and to London”. The reaction of Ukrainian fans to the coinage from Surkis

Baldur's Gate 3: news coming during the TGA, comes the confirmation of Larian Studios

Black Friday bluetooth headphones: now is the time to take advantage of them if you have an Android smartphone!