07.12.2022 at 14:00 by Karsten Scholz – The Funcom developers have released the second chapter of Age of Sorcery for Conan Exiles. Expect new content like Bounty Hunts, a new Battle Pass full of unlocks, and fresh Twitch Drops to claim through January 2023.

As you know, I really liked the Age of Sorcery update for Conan Exiles that was released in September 2022. After an allusive event and a few days in the beta, I wrote in conclusion: “If I pack everything together, I can only recommend that every survival and Conan fan give Conan Exiles a chance now at the latest. The struggle for survival in the land of the The damned, in all its facets, has never been so comfortable, intuitive and motivating. Plus, the whole sorcery theme, as Funcom has done with Age of Sorcery, fits beautifully into this raw world.”

Conan Exiles: It’s going to be bloody! Launch trailer for Age of Sorcery

With Age of Sorcery, the biggest free update to date for Conan Exiles was released on September 1st, 2022. Expect corrupting spells, an overhauled build mode, the new creative mode, a makeover for character progression, and a fresh season system with Battle Pass. Here you can see the launch trailer.

Age of Sorcery played! Conan Exiles has never been this good!

We played Age of Sorcery. Our verdict: Conan Exiles has never been so much fun!

Age of Magic Chapter 2 is live

During the event, the developers revealed that they are planning several chapters for the magic age. In the meantime, the second chapter has gone online and in the following I will tell you what innovations you can expect for Conan Exiles (buy now):

Bounty Hunt: The spread of magic has piqued the interest of some newcomers to the Exiled Lands in search of daring heroes crazy enough to hunt down the sorcerers. Visit their camps in different parts of the world and accept their bounties. You can turn them in dead or alive to earn valuable armor pieces, resources, and more.Witch Hunt Battles: New witch hunt battles await as you explore the world, where you must defeat one of four evil wizards. A huge reward awaits you for defeating these bosses.New Battle Pass: Get a variety of new cosmetic items in the Battle Pass and Bazaar, including new Storm Glass building pieces, new armor, weapons, decorations, pets, and more! New challenges related to bounty and witch hunts have also been added. By the way: Anyone who has played through the last Battle Pass can use the coins to secure the new Battle Pass for free. 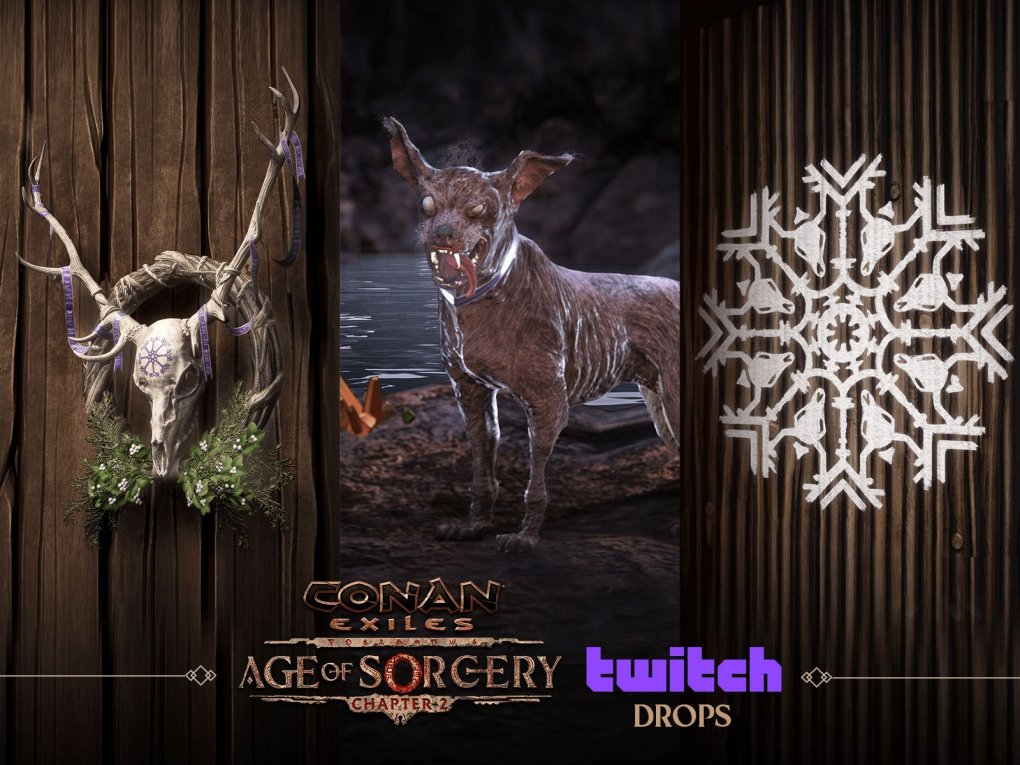 You can secure these Twitch Drops for Conan Exiles in the coming weeks. Source: Funcom

Trailer and official patch notes for Chapter 2 of Season 1

The newly released Conan Exiles trailer will get you in the mood for what’s new in Chapter 2 of the Wizarding Season.

For the full list of changes, check out Funcom’s official patch notes. For example, in addition to the highlight innovations mentioned above, the balance of animal companions has also been improved to make them a more attractive choice for you. There are also countless bug fixes for AI, encounter, combat and crafting.

"You're a crack", when Kylian Mbappé reacts to a private message from Youtubeur Mister V!

DJI launches a lightweight stabilizer suitable for all your videos