“Diablo 4” has a date – at least if the information in the Microsoft Store backend is true. Fans would therefore have to wait until June next year. The official release date announcement is expected to be made this week. 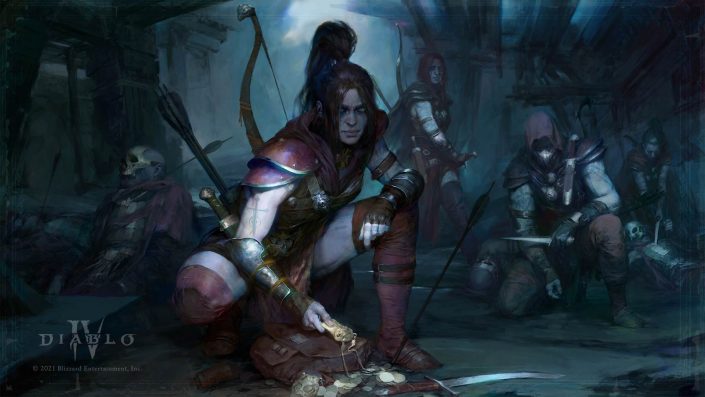 There has been a lot of speculation in the past few days that we will receive news about “Diablo 4” this week. Among other things, there was talk of a preview embargo ending today and an imminent announcement of the release date.

While official confirmation of the date is still pending, the official Xbox store has been treacherous, apparently pre-empting the formal unveiling. There are reports that in Microsoft Store-Backend The release date of “Diablo 4” is given as June 5, 2023.

We still don’t have an official announcement. But the leak fits in with reports that just recently surfaced and saw Diablo 4 release next June. A launch in April 2022 was also previously considered a potential launch period. But apparently it doesn’t stop there.

It has also been reported that Diablo 4 pre-orders will start in December and players can find out what the Collector’s Edition des Action-RPGs content has to offer.

And details about the beta could also appear in the next few days. With the Game Awards planned for Thursday night and the increased focus on announcements in the previous days, Blizzard is apparently choosing a suitable period for such revelations.

But the company also regularly provides news about the game beyond industry events. Among other things, it was recently stated that “Diablo 4” without pay-to-win microtransactions will come along in the style of “Diablo Immortal”.

Diablo 4 is in development for PS4, PS5, PC, Xbox Series X/S and Xbox One. The title should come onto the market in the coming year – at least according to Blizzard’s previous and rather rough release forecast. We will probably find out in the current Game Awards week whether June 5, 2023 will be confirmed as the final release date – maybe even today.

The queen of Twitch finally consecrated, she invades one of the most popular places in the world

Netflix and Co.: Is the series hype over?