To this day, nostalgics still like to reminisce when it comes to Fallout. Especially with part 4, the apocalyptic role-playing series reached its preliminary climax. The two DLCs that were released later also played a large part in this. One of them took players to the Nuka-World theme park, which was teeming with activity and gang warfare. With Fallout 76, the series has unfortunately suffered irreparable damage, but Bethesda is still sticking with it five years after its release. So the last remaining loyal players make the best of it and can at least look forward to another visit to Nuka-World with the new free update:

NUKA-WORLD ON TOUR MAKES A STOP IN APPALACHIA

Nuka-World On Tour, Nuka-Cola’s traveling refreshment event, brings the fun of the exciting Nuka-World theme park right to your doorstep! As part of the “Nuka-World On Tour” update, a complete fair with all the trimmings was set up. Enjoy fairground games, a trading post, prizes, and three new public events too!

Pay a visit to the traveling gunslinger Gunther to start the Most Wanted event and experience a heist and gunfight in the finest Wild West fashion. Say hello to the mascots Flaschi and Korki and join Das Rad, the game show event where participants must survive a series of randomly chosen challenges! Last but not least, take a romantic walk through the Tunnel of Love to help our dearest Mr. Lovely repair this disused attraction. Don’t worry, nothing will have taken root in the tunnels.* 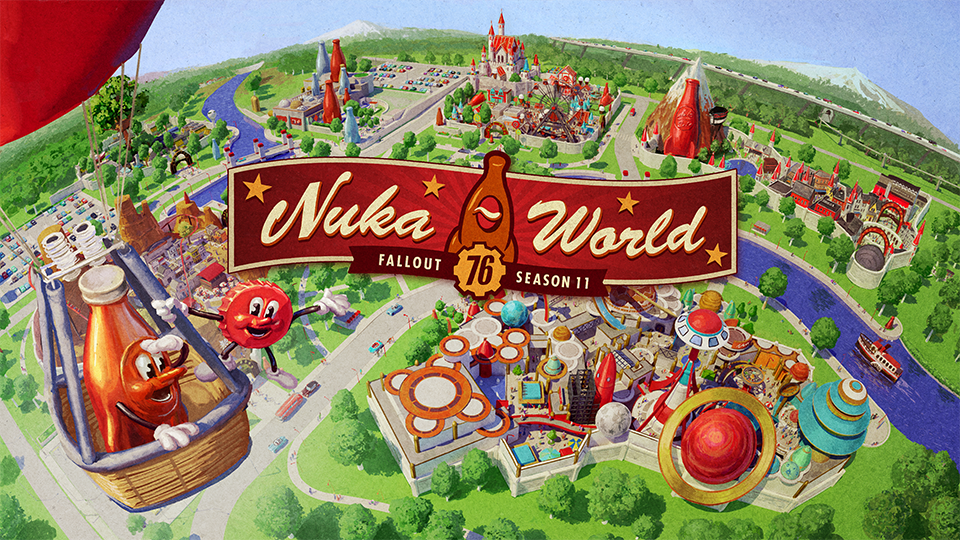 Fallout 76 was released on November 14, 2018 for PC, PlayStation and Xbox. At the time of its release, it was still a full-price title. This model was abandoned shortly thereafter. Players can now choose to purchase a paid monthly premium membership with numerous bonuses.

* Nuka-Cola Corporation assumes no liability whatsoever for any injury sustained while attending Nuka-World or related events.

The developers of Verne: The Shape of Fantasy shared new project details

Olivier GIroux: "I've had a few years at a high level"

Do you have an old Bluetooth speaker lying around? JBL offers you to resell it used

Aroged: The White House explained why the United States is not going to transfer F-16 fighters to Ukraine