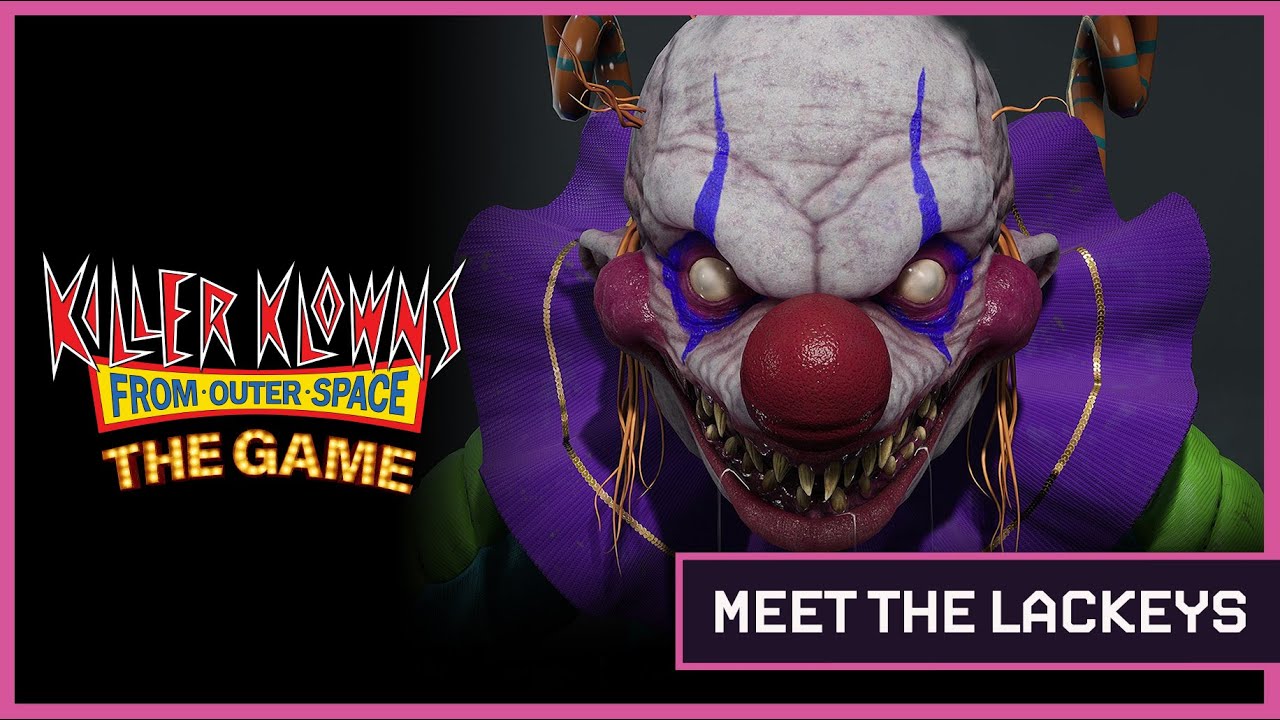 Good Shepherd Entertainment released a new trailer for Killer Klowns From Outer Space: The Game during Los Angeles Comic-Con. The team decided that now is the perfect time to show off the lackeys in the game, as you can get a better look at the little clowns that will run around and hunt you down looking for the big clowns we all know.

Invaluable AI-controlled killer clown helpers will hunt down people and grab them to hold them in place, making it easier for the clowns to destroy them. They also raise the alarm and deliver newly cocooned citizens to the spaceship.

Killer Klowns from Outer Space: The Game is a 3v7 asymmetrical multiplayer horror game based on the 1988 cult classic horror film. When bloodthirsty alien clowns come to eat in the quiet town of Crescent Cove, the locals must unite to fight back and survive the invasion.

Players can team up as clowns or humans, choosing from a variety of character classes to explore a vast, ever-changing map with creepy surprises lurking around every corner.

The game is being developed as a live service game with multiple content updates planned after launch and is expected to release in 2023 on Steam, PlayStation 5, Xbox Series X|S, PlayStation 4 and Xbox One.

Unai SIMON: "Departure from Morocco is a reality, and we must return home"