The Pokémon Company International and Nintendo have announced more details about Koraidon and Miraidon, two Legendary Pokémon that can be found in the Paldea region in “Pokémon Crimson” and “Pokémon Crimson”. 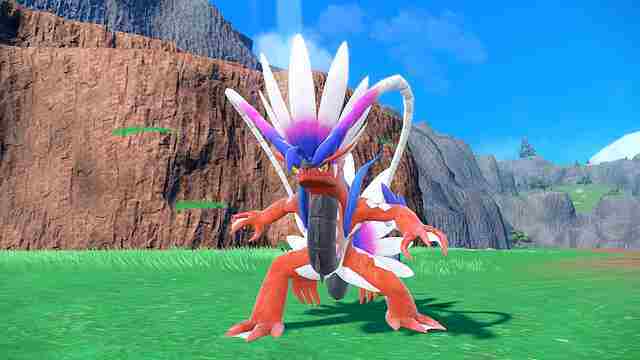 Aware of its immense strength, Koraidon behaves as if it fears no opponent. While wary of people, they sometimes play with them due to their moody and inquisitive nature.

In Perfect Form, Koraidon can leap more than 20 meters into the air using its powerful legs. On the way down, it uses its speed and bodyweight to perform devastating kicks and body slams.

Orichalcum Pulse is Koraidon’s ability and first appears in Pokémon Crimson and Pokémon Crimson. With this, Koraidon generates Sunshine when entering battle and its attack is boosted when it is Sunshine.

Collision Course is a Fighting-type physical attack that Koraidon can learn. It leaps high into the air, spinning while falling to the ground, causing a huge explosion on impact. If the attack is very effective, its strength increases even more.

Although Miraidon seems used to interacting with humans, it carefully examines the character of everyone it surrounds itself with. It has a calm and collected disposition. Miraidon’s facial expressions hardly change and can only be recognized by the shape and color of his eyes. Presumably his robotic nature makes it difficult to discern the subtleties of his feelings.

Miraidon levitates in the air in Full Mode and maintains a favorable stance against his opponents on the ground. The attacks with its claws and fangs are electrically charged. When Miraidon strikes with its tail, it can harness the energy generated in its internal organs to defeat even the strongest opponents with a single hit.

Blitz Rush is an Electric-type Special Move that Miraidon can learn. Miraidon dashes forward in a whirling, zigzag fashion like lightning, striking the target with a violent electric shock. If the attack is very effective, its strength increases even more.

Aroged: Rosneft increased the share of oil sales to Asian countries to 77%

Hearthstone, March of the Lich King: Signature cards are coming, all about the new ornament