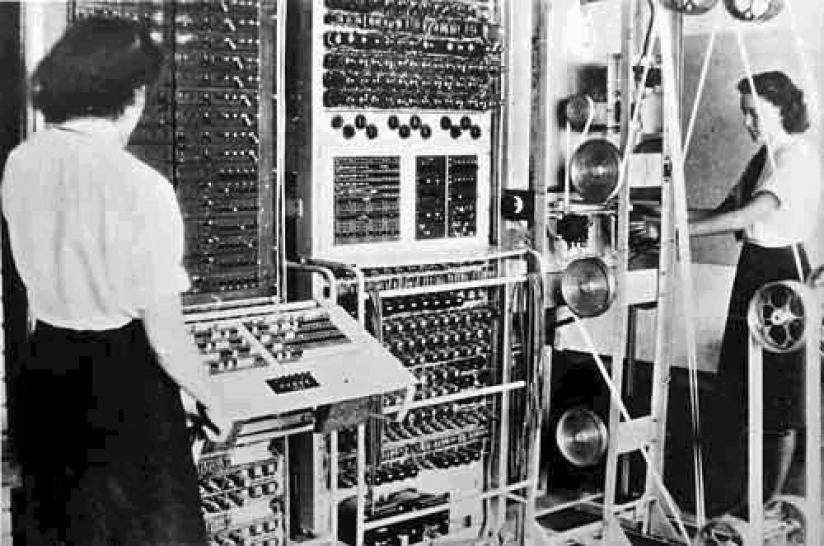 12/08/2022 at 00:01 by Henner Schröder – Colossus cracks codes and Wii fever begins in Europe – that happened on December 8th. Every day, PC Games Hardware dares to take a look back at the young but eventful history of the computer.

…1943: It was one of the first computers ever: the Colossus Mark I, which completed its first successful test on December 8, 1943. The British calculator was built for a single purpose, to decrypt secret messages sent by the German military during World War II, which were encrypted using the Lorenz cipher machine. Lorenz-encrypted messages are significantly more difficult to decrypt than those encrypted using an Enigma; while manual decryption would take months, Colossus manages it in a few hours. The electronic calculator initially consists of 1,500 tubes and can store five characters of 5 bits each in its shift registers. It reads data photoelectrically from punched tape at a speed of 5,000 characters per second – that’s 12 meters of tape. Colossus was one of the first electronic, programmable calculating machines, but the public only found out about the highly secret project in the 1970s: after the war, all ten completed Colossus computers were destroyed.

…2006: After Wii fever had been rampant in the USA since November 19th, Nintendo launched the innovative game console with motion control in Europe and thus also in Germany from December 8th. The Wii is based on an IBM CPU running at 729 MHz and uses a total of 88 MiByte main memory and an Ati graphics chip dubbed “Hollywood”. The computing power is not much higher than that of the predecessor Gamecube, the device is not suitable for HD resolutions – the input system, which registers the player’s gestures via motion sensors in the controller, is revolutionary on the relatively weak console. This allows the console to be controlled easily and intuitively, and the concept has great advantages over classic gamepads, especially for sports games such as tennis or bowling simulations. Since most game titles are very entertaining and also appeal to casual gamers, the relatively inexpensive Wii quickly became a huge success – even though many Nintendo had already written off it.

You can find out more about the technology behind the Wii, Xbox 360 and Playstation 3 in our technology check.

The orcs hit the center of the city of Kurakhovo. As a result of the shelling - 10 dead

VIDEO. A promo video of the duel against Fury was published on Usyk's channel

MARKEVICH: “Dovbik needs to leave the Premier League. You can easily travel to Italy”